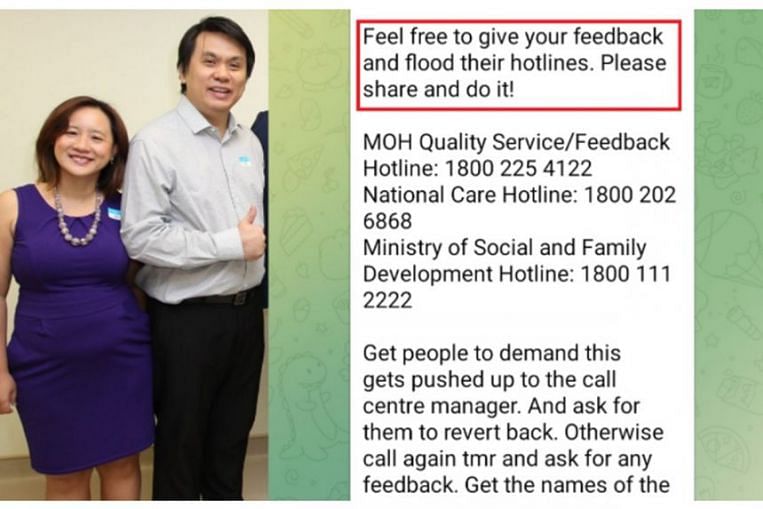 SINGAPORE – The founder of an anti-vaccine group that discourages people from getting vaccinated against Covid-19, has apologized for asking his subscribers to flood public hotlines.

In a Facebook post on Monday, November 29, Ms. Iris Koh, founder of the Telegram group Healing the Divide, said: “Asking people to flood the call center for no good reason is definitely wrong.”

“I would like to seek everyone’s understanding and please forgive me if I have not handled this matter properly.”

She said she made the comment on October 11, before the introduction of Safe and Differentiated Immunization Management (VDS) measures that would prevent unvaccinated people from dining at hawking centers and cafes later in the day. week.

The Ministry of Health (MOH) said on October 9 that the VDS measures were a measure to protect unvaccinated people in the community and to reduce pressure on the health system.

On Monday (November 29), Ms Koh confirmed that she was assisting the police with investigations.

Last Thursday (November 25), police said they were investigating a 48-year-old man and a 45-year-old woman for allegedly instigating others to call and overwhelm public helplines, including those that help the public with Covid-19 issues.

Police said messages sent by the couple urged the public to call the Ministry of Health hotline, the Ministry of Social and Family Development (MSF) hotline and the national care hotline. They were also asked to demand that their comments be passed on to the heads of the respective call centers.

Police said, “Members were also encouraged to call the hotlines again the next day, to get feedback on the calls they made.”

If found guilty of obstructing the duties of officials, the couple can face a prison sentence of up to three months, a fine of up to $ 2,500, or both.

Encouraging the commission of such an offense by the general public, or by more than 10 people, is punishable by imprisonment of up to five years, a fine, or both.

Police said they would not hesitate to take action against those who disrupt and overwhelm essential call center operations or encourage others to do so.

The Padawan problem: once again on the question of court secretaries