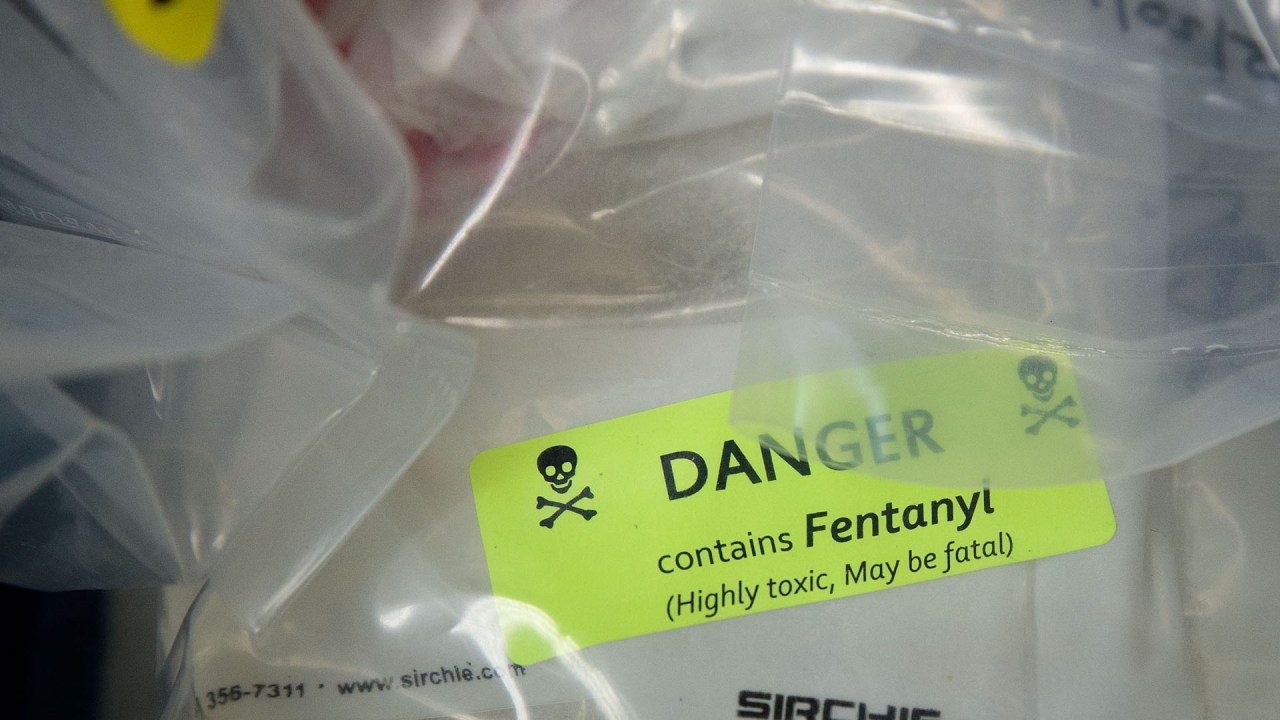 And when two of his friends recently died of fentanyl overdoses, he knew he had to stop. What he didn’t know was that he too was consuming the potentially lethal synthetic substance. Not until you’ve tested positive.

“I had no idea I was using fentanyl,” the recovering addict told Border Report. “What is happening is that they are cutting off everything, all the drugs that come in from Mexico. They’re all cut with fentanyl to make (you) love them harder. “

Like Mario, who requested that his real name not be used, many drug addicts in the United States have become unwitting users of a substance that the Drug Enforcement Administration says is 100 times more potent than morphine. Fentanyl was in many of the 93,000 opioid overdose deaths last year in the United States, according to the Centers for Disease Control and Protection.

Three years ago, Drug Enforcement Administration officials began to notice the increase in fentanyl trafficking from Mexico, with cartels learning how to manufacture the drug using chemicals illegally imported from China. Since then, seizures of fentanyl have increased by more than 500% in El Paso. And some of the drugs originally intended for consumption on the east and west coasts now remain at the border.

“We started seeing clients who had been in contact with fentanyl about two years ago,” said Cecilia Franco, program coordinator and addiction counselor at Aliviane Treatment Center in El Paso. “It started showing up in their heroine, so we started testing her and educating our clients about the risks of using such a dangerous substance.”

Federal agents say fentanyl is cheaper to mass-produce than many other illegal drugs, so cartels are now exporting the substance to the United States and making billions of dollars in the process. They also put communities at risk. Fentanyl pills are lethal from doses of 2 milligrams, depending on your weight and general health. At least 40 percent of the fentanyl DEA seized crossed the border in doses of 2 mg, and some contained up to 5 mg.

“Drug addiction does not discriminate. Anyone can develop an addiction, ”Franco said.

Addicts tell US addiction counselors that fentanyl is not a very good drug.

“Those who have used heroin for a long time say they like the well-being it gives them. With fentanyl they feel like they’re passing out and they don’t like it, ”Franco said. “Most people don’t look for fentanyl, but that’s what drug dealers give them in their drugs.”

Nowadays even marijuana is mixed with fentanyl here.

Other workers at the treatment center have been told by customers that they end up vomiting and in severe pain after waking up from the fentanyl stupor. A DEA fact sheet on fentanyl says the drug is known to provide the user with temporary sedation and euphoria, but also causes nausea, urinary retention and respiratory constriction.

Mario says he tells his acquaintances to stay away from a drug that is too strong to handle and which is not really what they are looking for.

“People are used to ‘cleaning up’ drugs. This medicine is something that a little too much will kill you. It’s something to be afraid of, ”he said. Cartels “are the ones who make money out of it and they don’t care what it does to people.”

Franco said that Aliviane provides a wide range of recovery services, including medication. But she adds that the best tool this community has for stemming a potential fentanyl outbreak is education.

“It is very important that parents communicate with their children. Once parents are made aware of the risks associated with taking opioids and any type of substance that people can offer their children, this is the first step in passing this knowledge on, ”he said. she declared.

Addiction counselors believe that adding fentanyl to virtually all street drugs is a quick approach by traffickers to get people hooked.

“They can even put fentanyl on marijuana. These are the ways in which drug traffickers try to get more people, especially young people, to use and sell their drugs, ”Franco said. “We have a saying that the government and service providers fight (addiction) with their bare hands against traffickers who have all the ammunition. “