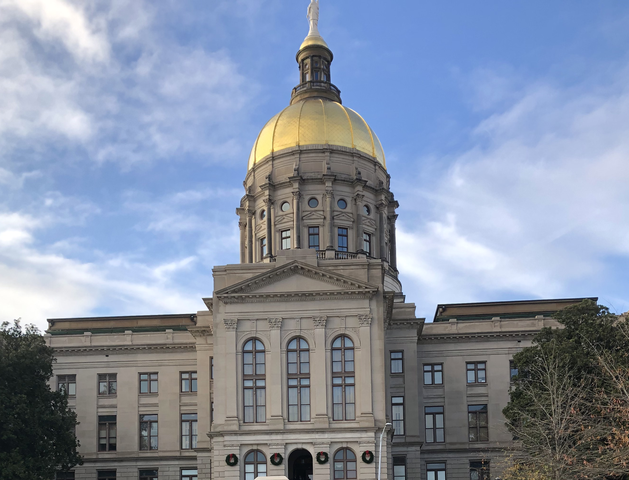 The ratings were based on a recently released analysis of votes on specific laws during the 2021 Georgia General Assembly session.

Lawmakers who scored 80% or higher on the ACU’s “scorecard” were invited to a special CPAC reception on Feb. 26.

Belton, Crowe, and Strickland voted for favorable laws such as changes to state election laws; prevent local governments from “defunding the police”; widening the choice of schools; the scrapping of some business regulations and other initiatives traditionally favored by the Conservatives.

However, all three voted against the ACU’s position on just one bill: House Bill 757, which was signed into law.

The bill amended the Atlanta Urban Enterprise Zones Act of 1988 to redevelop certain areas of the city and provides special tax abatements to the City of Atlanta in urban enterprise zones specially designated.

Qualifying businesses and service businesses in the zones are exempt from county and municipal property taxes as long as the business meets agreed-upon minimum standards. Areas must have conditions such as widespread poverty, unemployment at least 10% above the state average, or other evidence of adverse economic conditions, as required by law.

The ACU said in its description of the bill that it “enriches certain Atlanta-area developers by providing grants for the development of ‘affordable’ housing.”

“In addition, the bill provides government-favored companies in certain areas with tax exemptions of up to 100% of their tax liabilities.

The top-rated Democrat in Newton’s delegation was District 113 state Rep. Sharon Henderson, D-Covington, who got 38 percent on ACU-selected bills.

Among Henderson’s votes in 2021 was a pro-ACU bill, SB 153, which the ACU said would “strengthen school choice” by allowing “alternative charter schools” to be eligible for state funding. The General Assembly approved the bill in 2021 and it was signed into law.

CPAC is “the largest and most influential gathering of conservatives in the world,” according to its website. Its 2022 session is scheduled for February 24-27 in Orlando, Florida, with former President Donald Trump as the keynote speaker.

Letter for the article Assessing Medical Students’ Knowledge of Gene