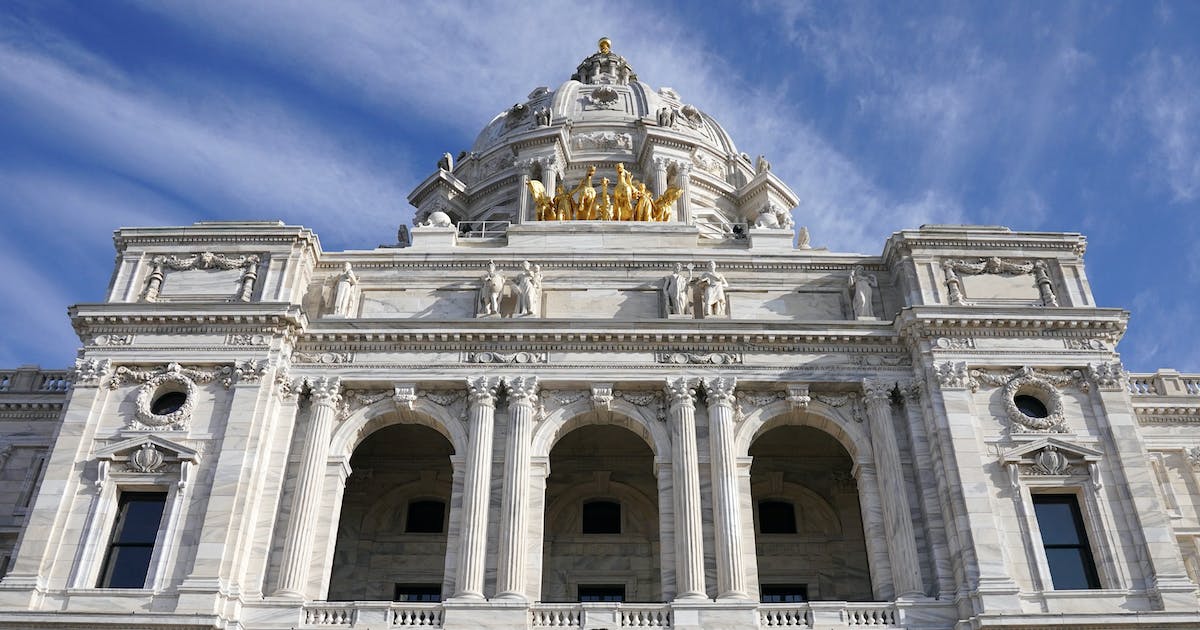 To all the other reasons to worry about threats to democracy in America, the calendar says it’s time to add another: redistricting. It’s time for new political maps.

Redistricting may be a more arcane political maneuver than shorter voting hours and more bloodless than a raid on the US Capitol. But in many states, the post-census reshuffling of legislative districts and Congress to even out their populations presents a once-in-a-decade opportunity for partisan power grabs that are every bit as real as brazen vote suppression.

“Ah, but not here,” you might say with a hint of Minnesota smugness. Here, in The Voting State, where democracy is well done, the judges take care of the ten-year redistricting duties, mind you. They also do a good job.

I can’t fault this reading of the story. The courts have been involved, in one way or another, in every redrawing of Minnesota district lines since the 1960s. Very rarely has either party credibly asserted that the judges had wronged them.

This year, too, the courts appear to be in the driver’s seat of Minnesota’s redistricting. To be sure, the politically mixed majorities in the Legislative Assembly have both held hearings and drawn maps. But with less than a month left before the courts say they will intervene (that deadline is Feb. 15), there’s no evidence that Republican-controlled Senate and House committees controlled by the DFL intend to compromise on a single card – or, rather, two cards: one of the Congress, one legislative.

With the regular session of the Legislature convened on January 31, there is still time for them to act, especially on a Congressional map. This should be the easiest exercise for lawmakers, as it doesn’t involve the complicated task of sticking a colleague with an unwinnable new district.

But there is not much time. And there’s not much perceptible enthusiasm for making the effort – not when a panel of five perfectly good people Minnesota Judges are already hard at work on their own charts and are readily available to take responsibility for pairs in place.

Nevertheless, even in Minnesota, redistricting is on my list of democratic worries. The series of maps drawn by the Minnesota courts are the result of chance, not design. Purely by luck of the electoral draw over the past half-century, voters in this state elected a divided government just in time for mapping duty.

In a decade soon — just when Minnesota might need as much faith in democracy as it can muster — that pattern could come to an end. If the Governor and the two Houses of the Legislative Assembly were to be in the hands of one party, I suppose they would prove to be just as subject to partisan temptation as have politicians in a similar position in other other states.

Meanwhile, by dodging their constitutional duty and defaulting in court decade after decade, Minnesota lawmakers have contributed to an erosion of faith in the political independence of the judiciary.

Trust in government, including the courts, is one of those lofty concepts that we columnists have been harping on for years, to little effect. Then a crowd at the United States Capitol on January 6, 2021 helped us make our point: Trust is essential to the survival of democracy. The stewards of self-government in this state should see more clearly than ever before that they cannot afford to waste it.

There’s a better way to come up with new maps every 10 years, and legislators know it: the legislature can create a bipartisan advisory commission – or better yet, a fully functioning independent commission – and give it the task of drawing new cards every 10 years. Maps. Fifteen states now employ some form of cutting commission. A number of Minnesota’s most respected politicians — with names like Mondale, Carlson, Quie, Moe and Growe — put their stamp on a commission recommendation in 2009.

Their idea passed the Senate that year, but not the House. A different version passed the House in 2020, but not the Senate. It is obvious that only one chamber at a time is authorized to defend democracy to the detriment of an institutional prerogative, even if little exercised.

The lead plaintiff on one of four maps being considered by the Minnesota court this year is Peter Wattson, who spent 40 years as the state’s nonpartisan Senate legal adviser (and chief guardian of the reporters redistricting of the Capitol). It’s telling that he’s also a big proponent of putting future redistricting work in the hands of a commission – so much so that every memorandum he’s issued about this year’s court case has been addressed to “my fellow defenders of a redistricting commission”.

It is too late for a commission to resume the cartographic work of this decade. But “it would be nice to look at 2032 and deal with it now,” Wattson said during another tutorial session last week. He noted that one of the most successful such commissions in Washington state was instituted shortly after the redistricting of the 1980s, when the flaws associated with allowing legislators to draw their own districts were cool in mind.

“Of course, in 2031 we may be ruled by the military, and there may not be an election,” Wattson said wryly. He was trying to make me laugh. I wish I could.

Lori Sturdevant is a retired Star Tribune columnist. She is at [email protected]

2 extremely undervalued stocks to buy for 2022