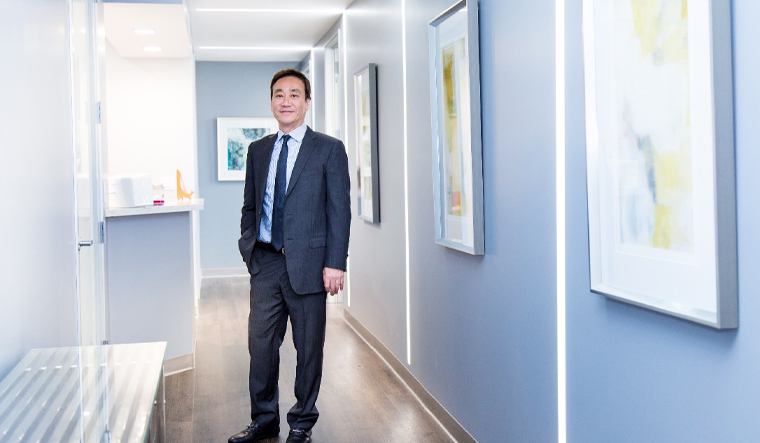 Dr. Charles Lee was educated at Washington University in St. Louis, Missouri, where he earned a medical degree. His current occupation is a plastic surgeon with an emphasis on facial surgery. According to Dr. Lee, “My practice currently focuses on improving facial aesthetics through non-surgical and surgical pathways. Nasal surgery and facial bone reshaping are the most sought after procedures in my practice. Dr. Lee is one of the nation’s most successful surgeons and has been recognized for using cartilage harvested from ribs to perform nasal reconstructive surgery.

Dr. Lee’s practice is benefiting from the increased interest in facial surgeries to help people stay young. He performs procedures to make people look younger, such as facelifts, brow lifts, and eyelid surgeries. Due to the length of his practice, over twenty years, he now has patients who underwent nasal surgery and facial bone remodeling when they were in their twenties or thirties, and are now returning to his practice for some of the anti-aging procedures that he offers.

Dr. Lee wants to educate the public about safe plastic surgery procedures and raise awareness about what plastic surgery can accomplish. So far, he has around 905,000 followers and 31.4 million likes on his TikTok, @drlee90210 and it has been featured on popular TV shows, such as The Doctors, Oprah, CNN with Paula Zahn, The Montel Williams Show, and They show Tyra Banks. He has won numerous national and local awards, and patients have come from as far away as Europe for his experience and dedication to his profession and his patients.

His clinic, ENHANCE® Medical Clinic, is located in Beverly Hills and has received many rave reviews. Perhaps the most common procedure performed by Dr. Lee is rhinoplasty which involves removing a piece of cartilage from a rib to help reshape and repair the patient’s nose. It not only improves the aesthetic appearance of the nose, but it also repairs internal defects that hinder breathing, such as a deviated septum. Her procedures help those with blocked airways to breathe deeply again and avoid multiple sinus infections, nosebleeds, and the inability to exercise due to the inability to breathe deeply.

Rhinoplasty is surgery on the nose and is done for several different reasons. Some reasons include surgery to remove a bump on the nose, to straighten the bridge of the nose, to reshape the tip, to decrease or increase the size of the nostrils, to correct injury damage, to open the airway , and/or to make the nose bigger or smaller. Doctors will also make medically necessary corrections and correct cosmetic defects.

Dr. Lee is always happy to engage in personal consultation appointments, and he can be reached at 310-271-5954 or by email at [email protected]

The Fantastic Four Just Got Their Most Powerful Member Back