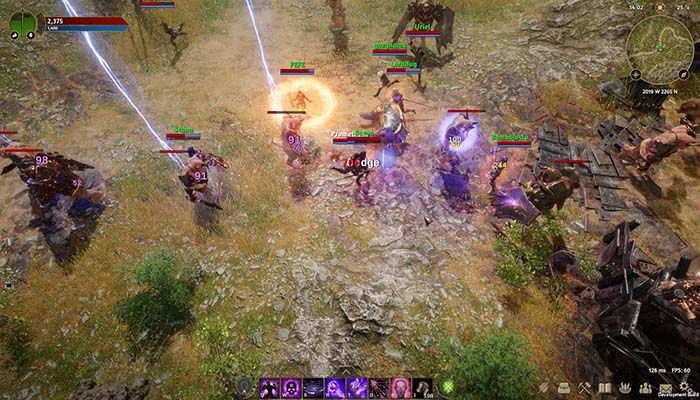 The fall alpha in fracture is now available to enter and test. After rebalancing weapons and armor, this update brings a slew of changes, most of which relate to the PvE experience.

The Fall Alpha is now live for those with access. There is a very comprehensive demo video for developers that describes the changes to the update, shows the user interface and, among other things, shows the more than 40 new abilities added. There’s even a section on all ability names for those curious about what’s been added. Thunderbolt, acid protection, scary burning arrows, plus a number of mobility and fancy abilities are included.

When demonstrating Lightning Rush, which is a mobility spell, the demo character had 12 points of intelligence, allowing two charges, but with leveling, you could maximize that to four charges and do this powerful rush up to four times in a row.

There’s also a new spell school called Leadership, which features skills that were previously under Warfare, but while working on the game, they determined that Charisma-based Leadership was the way forward to focus on polishing. of your allies. In other words, there is a new support option.

The number of points of interest on the map has also increased, with some changes ripe for exploration. And maybe a few goblins or bandits to fight with. Speaking of bandits, the demo showed the development team fighting off bandits and showing another fight with ogre villages. Don’t expect things to go easy, but the new abilities are on display to at least show what it all looks like. Meeting the Sea Trolls is the final chapter, casting plenty of spells and increasing damage.

Obviously, the development on fracture a lot in preparation and already included in the last alpha. There are a lot of other changes to look forward to if you try the alpha version. To learn more about access or the game itself, see the fracture to place.