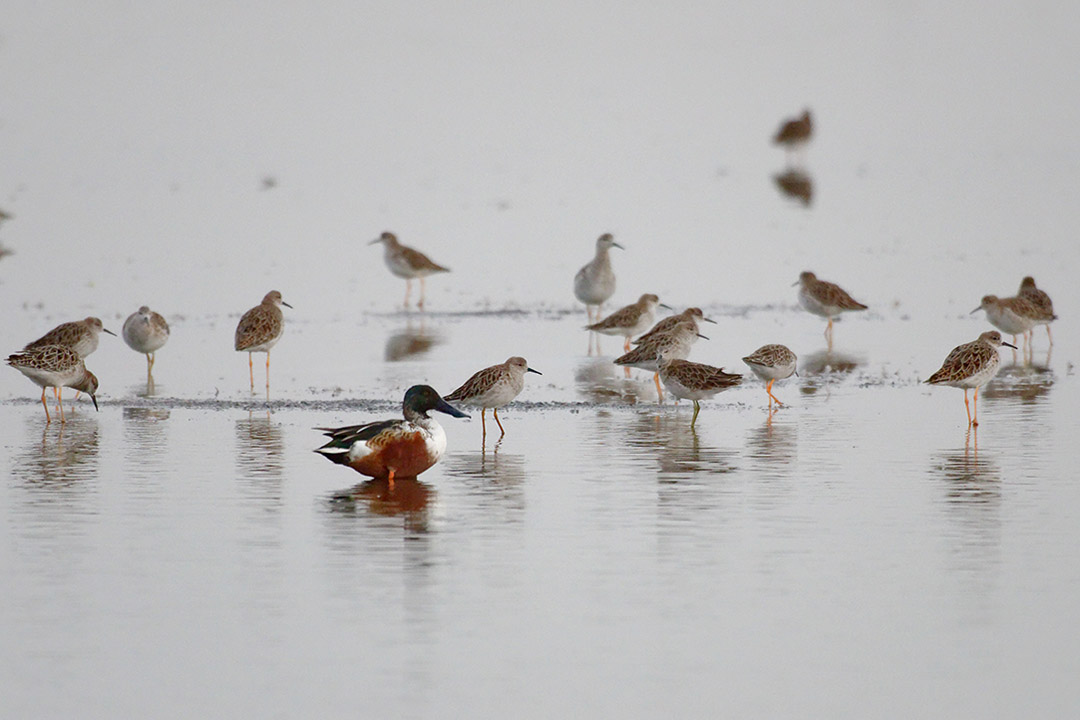 As the Aichi Targets remain largely unmet and the world strives to adopt a new framework for biodiversity conservation, the crisis of species loss continues. The 2019 Intergovernmental Science-Policy Platform on Biodiversity and Ecosystem Services (IPBES) global assessment warned that humanity was losing biodiversity at an unprecedented rate, such that one million species could go extinct in a close future. In 2020, the Convention on the Conservation of Migratory Species (CMS) confirmed this trend, reporting at its thirteenth meeting of the Conference of the Parties (COP 13) that 73% of its species listed in Appendix I and 48% of its Appendix II – listed species were in decline.

The loss of biodiversity and ecosystems, which sustain humanity, is nothing less than an existential crisis. We need to ask ourselves what countries can do to create better solutions to this complex problem and how can they build on the successes once identified. What exactly works?

Despite these recent assessments, the CMS offers compelling and repeatable examples. Since migratory species, by definition, cross national, regional and even continental borders, the Convention has had no choice but to create a framework that supports global cooperation – the kind that is truly needed to address multi-faceted global challenges like the biodiversity crisis.

To do this, the Convention provides a platform where countries can work towards collective outcomes in ways that suit their different contexts. This means recognizing the local in the global, ensuring that species conservation negotiated in multinational forums remains in tune with the priorities and needs of the community on the ground. After all, although migratory species are always on the move, wherever they are, they contribute to the health of the ecosystem. They are an important part of the natural systems that provide food, fresh water, disaster risk reduction and livelihoods for people around the world who share their habitat.

Recent successes under the African-Eurasian Waterbird Agreement (AEWA) architecture and funded by the European Commission illustrate the kinds of results that are needed and can be achieved. Decisions taken under AEWA are based on an intergovernmental process that allows countries facing very different contexts to pursue the common goal of conserving migratory waterbirds and their habitats. The Agreement is one of nine legally binding regional instruments developed under CMS. It covers 255 species of migratory waterbirds and their habitats in Africa, Europe, the Middle East, Central Asia, Greenland and the Canadian Archipelago.

The Bald Ibis is one of the waterbirds listed by AEWA. The ibis, once revered as the spiritual guide of ancient Egyptian pharaohs, is now critically endangered, having dwindled to a population of around 700 individuals living in the wild in Morocco. The bird’s decline is due to habitat and land use changes, pesticide poisoning, human disturbance of nesting sites, and hunting. To save this iconic species, Member States have come together to develop a Species Action Plan under AEWA. With funding from the European Commission, implementation has been supported since 2020 to improve breeding conditions in Morocco and to explore the possibility of reintroducing the Ibis to Algeria – giving the Ibis another chance.

While the sustained action for Bald Ibis recovery focuses on two countries, work on the Slaty Egret, another example, aims for regional cooperation. The main population of this rather shy bird is thought to be between 3,000 and 5,000 individuals living in the Okavango Delta in Botswana. Smaller populations inhabit other wetlands in the transboundary Kavango-Zambezi basin, an area spanning five southern African countries. The Slate Egret is the only globally threatened heron or egret in mainland Africa, and its declining conservation status is due to habitat conversion and the degradation and destruction of wetlands.

Under the aegis of AEWA, and with funding from the European Commission, an action plan will be established. and it will provide local communities with opportunities to develop ecotourism enterprises and other participatory conservation actions for their socio-economic and environmental benefits. Improving the health of wetlands that provide food, freshwater and other ecological services will give a definite boost to local livelihoods and well-being.

Community-level engagement is extremely important for conservation success, and the action plan for the White-winged Flufftail is demonstrative. The Flufftail has a small declining population at three sites in Ethiopia and South Africa. Its decline, at least at the Berga floodplain breeding site in Ethiopia, is mainly due to unsustainable grassland use by local communities. With funding from the European Commission, an AEWA project is helping to designate the floodplain of Berga as a protected area, within which a community-based conservation program will be implemented to ensure the involvement of local communities in the management of the area. The project offered a sustainable solution to directly address habitat destruction and pave the way for long-term conservation of the Flufftail.

Countries also work together under the CMS umbrella on challenges that cross continents. A prime example is the Intergovernmental Task Force on the Illegal Killing, Taking and Trade of Migratory Birds in the Mediterranean (MIKT). The task force brings together Mediterranean countries with various other international actors, experts and organizations to stop the killing of protected birds (IKB), many of which migrate between Europe and Africa. MIKT worked as a catalyst to gather information and understand the scope, scale and motivations behind IKB, help coordinate actions and improve national legislation, enforcement and prosecution. The task force supports conservation on two continents and serves as a model that is now being replicated to stop the illegal killing and trapping of migratory birds in the East Asian-Australasian Flyway.

While CMS is negotiated and operated at the most complex levels of governance, its impacts are simply simple and as visible as birds in the sky. For the past two years of the pandemic, as humanity sheltered in place, migratory species have secured the way of things – signaling the turn of the seasons and showing us that nature can and will continue. As highlighted on the last World Migratory Bird Day, people have increasingly looked to birds and their songs as beacons of hope and proof that nature will continue to provide sustenance and security. Ultimately, beyond its mandate, it is the results that CMS strives to deliver. [Conservation on the Move video]