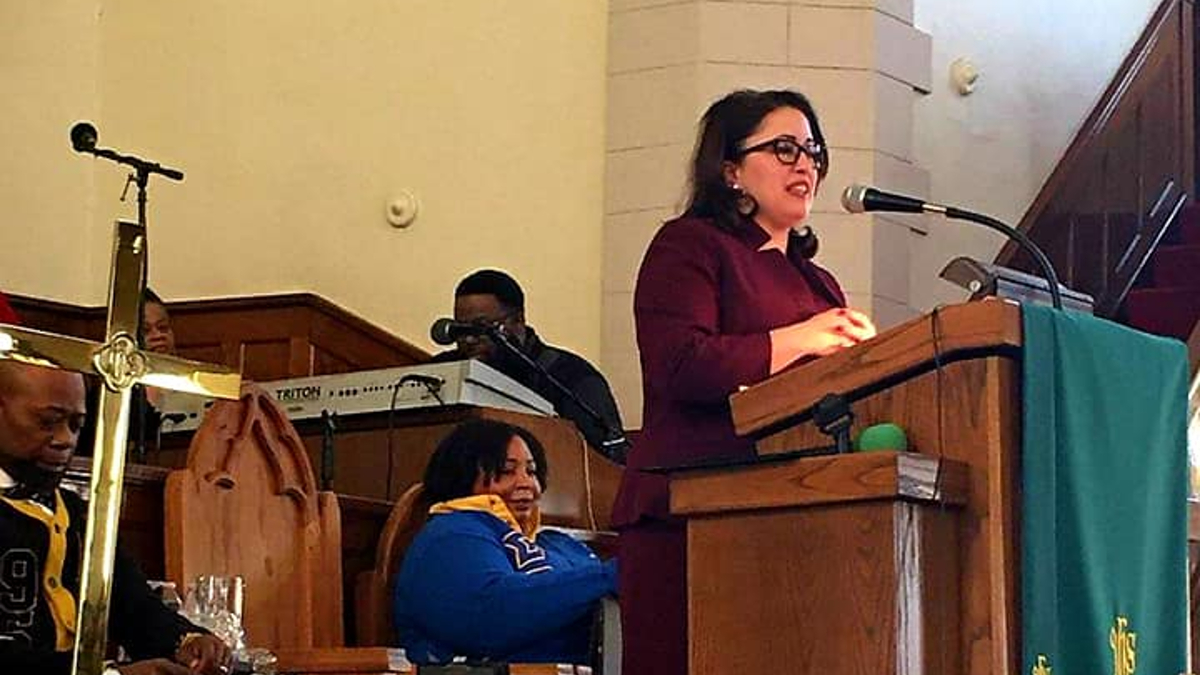 â€œI am very honored and touched by this opportunity to serve,â€ said De La Cruz. “It is an incredible privilege to do this on behalf of the people of Cook County and I am deeply grateful to Justice Theis and the Illinois Supreme Court for their trust in me.

“I am honored that the Illinois Supreme Court has appointed me to serve the citizens of Cook County as a circuit judge,” said Justice Donnelly.

â€œAs always, I will perform my duties to the best of my ability and try to live up to this honor. This appointment by the Illinois Supreme Court confirms my work and dedication as an associate judge over the past 19 years and I appreciate the Court’s confidence in my judicial service.

More information about the selection committee is available here. Ms. De La Cruz has over 20 years of legal experience in a variety of important roles. Most recently, she spent 5 years as General Counsel / Chief Administrative Officer at Acero Schools of Chicago. Prior to joining Acero, she served for two years as the Head of General Prosecutions for the Professional Regulation Division of the Illinois Department of Financial and Professional Regulation.

From 2009 to 2014, Ms. De La Cruz held three different positions for the Chicago Transit Authority, first as Chief Safety and Security Compliance Officer, then as Deputy Chief of Staff, and finally in as Chief Safety and Security, Senior Vice President, where she managed a department of over 45 safety, security and compliance professionals who were responsible for overseeing the safety of transportation systems by bus and rail.

And from 2001 to 2009, she served as an assistant prosecutor in the Cook County State Attorney’s Office, prosecuting hundreds of criminal cases through case review, impeachment, practice motions, trials. jury, court trials and settlement conferences.

Justice Donnelly has served as Cook County Associate Judge since 2000 and is currently assigned to the Legal Division where he hears civil jury trials. He has participated in over 300 jury trials and over 1,000 bench trials during his tenure. Prior to joining the bench, Justice Donnelly worked for Justice Mary Ann G. McMorrow and was Deputy Public Advocate for 13 years.

Justice Donnelly served on the Illinois Supreme Court’s Commission on Pre-Trial Practices from its inception through its final report and was an appointed judicial representative on the Statutory Fees Task Force . He currently serves on the Board of Trustees of the Judicial College of Illinois with a term expiring in 2023 and serves as a liaison with the Committee on Judicial Education.

From 2016 to 2019, he served as the first chairman of the board of the Judicial College of Illinois and currently serves on the Illinois Judicial Ethics Board. He has chaired both the Chicago Bar Association Professional Liability Committee and the Illinois State Bar Association Standing Committee on Professional Conduct. Justice Donnelly received his Bachelor of Arts from St. John’s College and his Doctor of Laws from Loyola University School of Law.

He has taught at Loyola since 1987 where he currently teaches the Illinois civil litigation practice and is also a faculty member at National Judicial College where he teaches hundreds of judges across the country. Justice Donnelly’s Awards include the Hon. Mary Ann G. McMorrow Distinguished Service Award from the Phi Alpha Delta Law Fraternity, the Impact Award from the Center for Disability and Elder Law and the Harold Sullivan Award from the Illinois Judges Association.