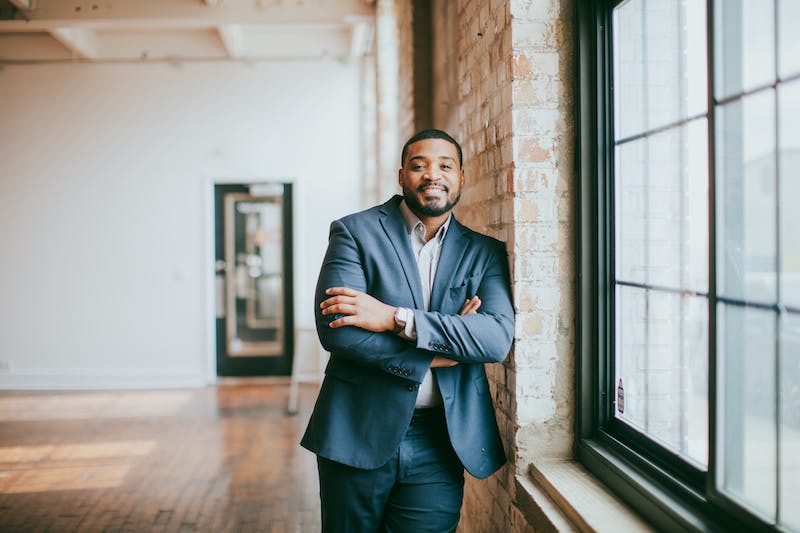 Earlier this year, Ashton Henderson was hired by the State of Michigan to be the new Associate Executive Director of Sports for Championship Resources.

He returns to where he had the opportunity to play college football, as he was a defensive back from 2006 to 2009. Henderson had his moment of curl on the second day on the job when he ran into one of his former teammates on Campus.

“I used to teach a leadership program for freshmen called ‘Keepin It Real Monday’s,’ and I ran into one of my old mentees, Shilique Calhoun,” Henderson said. “It brought me so much joy just to see him flourish as one of those early students in that cohort. Just exchanging pleasantries has helped me know that I’m exactly where I need to be in order to not only build more Shilique Calhoun, but more productive citizens in character and other areas. of life.

Although his first day on the job was only February 28, Henderson already feels comfortable in his new role with the team.

“It was an amazing feeling to come back to the place, after a decade, that gave me so much,” Henderson said. “Just having this opportunity to take a tour, to see how the campus has evolved, to see how things have changed and improved over the years brings me immense joy. I am truly grateful to to be back and it’s a very surreal feeling for me.

He’s not just comfortable because he knows people. Henderson also has work experience at top college football institutions like Florida State and Clemson, as well as the professional experience he gained working for the Detroit Pistons before taking his job at MSU.

“I’ve seen this done at a very high level at some of the top institutions in the country, especially on the student athlete enhancement side,” Henderson said. “I worked more in academic support and student-athlete development at Florida State. I have also taught several courses and been a support administrator as well as many other areas that I have supervised. Clemson also brought that familiar high-profile success. Then venturing into the professional space where I was able to really apply what I learned in higher education and bring it in real time to help activate various initiatives while I was in Detroit and how they all generate revenue and how they all enhance the experience of anyone we interact with.

“Collectively, those experiences alone, I think, really prepared me for this next step to take Michigan State and do some really innovative things that we were already doing, but continue to reinforce our message which I’m very excited about. .

Henderson will focus on overseeing health, mental and physical wellness initiatives within the athletic department, as well as student-athlete engagement and development and will serve as supervisor for assigned sports.

As a former varsity athlete, Henderson knows that athletes can’t perform to their best ability when they have to worry about a litany of other things, and he’s thrilled to work with and help athletes to limit the strains they may be dealing with.

“Holistic development is something I’m really proud of,” Henderson said. “If you can’t be the best version of yourself, we can’t expect you to go out and perform because you have so many stressors on your mind. Mentally, physically, emotionally, your cup needs to be full in the areas where you can provide next level resources to these students. I am truly excited to work with the entire population of student athletes and share my slice of genius that I have learned from the intercollegiate sports ecosystem as well as professional space.

Henderson is also president of the National Association of Professionals in Academic and Student-Athlete Development, or N4A, which allows him and MSU to have connections with some of the leaders in the field across the country and to stay one step ahead.

New beginnings bring excitement, and Henderson is excited to work with student-athletes at Michigan State.

“What’s really important to me and anywhere in any position I’ve been in is rolling up your sleeves and listening to the people you impact,” Henderson said. “I am currently on a listening tour. I’m going to see every unit, group, and support staff I have the chance to meet to really see where we can take what we’re currently doing to the next level. Once these meetings are over, that’s when we can create and that’s what excites me the most.

There’s a lot of work to be done, but the excitement builds momentum and there’s certainly a lot of excitement coming from Henderson and the Athletic Department as a whole.

Putting Covid-19 tests to the test