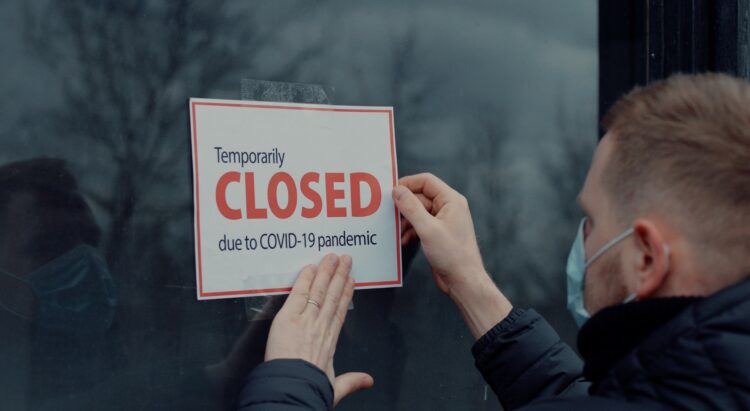 After two years of people living under emergency lockdown orders, a new Johns Hopkins study found that the government’s preventative measures did next to nothing to save lives.

Data collected on lockdowns, which the study defines as “the imposition of at least one mandatory non-pharmaceutical intervention (NPI)”, suggests that these measures only reduced COVID deaths by 0.2% in average. Shelter-in-place orders have also proven ineffective, reducing the death rate by just 2.9% on average.

Although masks and stay-at-home orders had virtually no impact on preventing deaths during the pandemic, they did come with devastating social and economic costs, confirming what many already suspected. But those voices remained mostly inaudible.

When the pandemic began, governors rushed into action, using their emergency powers to implement mandates they said would slow the spread of the virus. In those early days when we knew very little about COVID, temporary orders made sense. Schools were closed, events were canceled and non-essential businesses were forced to close until we “flattened the curve”.

This placed a burden on business owners, especially small business owners, who immediately lost their sources of income and therefore their ability to support themselves and their families. They were also forced to sit idly by while their employees endured the same struggles.

Eventually, as the crisis continued, some businesses were allowed to reopen, but strict rules dictated how they could operate and on what scale they could do business.

But who had the power to determine which businesses were essential and which were not? And who set the conditions for the partial reopening of businesses?

It wasn’t the state legislatures, the law-making bodies. No, the power to dictate how businesses operate during the pandemic has only been claimed by one entity: governors.

With this power, the governors had the power to decide, as an entrepreneur and author of the book The War on Small Business, Carol Roth, put it on“Who was essential and who was ‘non-essential’, who would thrive and who would fight to survive.”

It might have made sense at the very beginning, when the situation was uncertain. But the emergency orders lasted long after the initial uncertainty was over, and often they made little sense.

Mindy Trindle owns Trindy’s, a restaurant and bar in Georgetown, Kentucky. Smaller than a chain restaurant, the restaurant seats 60 people.

Eleven of Trindy’s seats are at the bar. That might not seem like a lot for large restaurants, but for small establishments like Trindy’s, missing 11 customers every hour or so takes a heavy toll on sales and jeopardizes its livelihood.

Mindy began to fear for the future of her business, especially with no end of rush orders in sight.

She was not alone.

To stay afloat during the winter months of COVID, when indoor dining was illegal, Ted set up tents with heaters outside, which cost him around $100,000. Although it was a necessary investment to keep his business afloat, it seemed strange to him that diners were allowed to eat outside in fully enclosed tents, but it was illegal to sit in a well ventilated restaurant.

In addition to rules against sitting in bars, Kentucky has implemented arbitrary curfews. First the restaurants had to close at 10:00 p.m., then 11:00 p.m., then midnight, because apparently you can only catch COVID at certain times of the day.

With COVID rules constantly changing, business owners often didn’t know when they were breaking the law. But whether they were aware of it or not did not prevent them from being fined and penalized by the state.

Kentucky wasn’t the only state with absurd and ever-changing emergency regulations.

When New York City began lifting its restrictions, the criteria for reopening indoor restaurants was absurd.

“If you were a bar and you served food then it was fine for you to open… but if you served fries it wasn’t enough so you had to serve dip. As if the dip magically prevents you from catching COVID.

While many governors were unwilling to give up their emergency powers, Governor Beshear’s attempts to commandeer the role of the legislature were of particular concern.

Eventually, when the Kentucky legislature swung into action and passed legislation to limit the use of emergency powers, Beshear responded by suing the legislature.

It was a blatant attack on the separation of powers, of course. But what can you expect when you give that kind of power to the executive?

When power is vested in one person, tyranny ensues. To prevent this from happening, our system of separation of powers assigns each of the three branches of government specific tasks with checks and balances to ensure that everyone stays in their own lane.

But the emergency powers given to governors allowed them to rule by decree, without debate or discussion of any kind. And once governors got a taste of that power, few were willing to give it up without a fight.

In the Beshear trial, they accepted our substantive arguments on the Commonwealth Emergency Powers Acts and their restrictions on the Governor’s Emergency Powers, securing a huge victory for the restoration of the Separation of Powers,

With the governor’s emergency powers now limited by the legislature, it is likely that the Goodwood case will not need to proceed.

While governors continue to justify expanding their emergency powers on the grounds that it saves lives, the Johns Hopkins study provided strong evidence to the contrary.

Had legislatures done their job in voting on COVID restrictions after the initial emergency ended, things might have been different. The people’s representatives may not have voted to impose restrictions that hurt businesses and employees while doing little to stop the virus.

If the pandemic has taught us anything, it’s that national emergencies are no excuse for ignoring the separation of powers. And as the crisis subsides and new information comes to light, we must take this into account and remember that protecting checks and balances is important not only in the current crisis, but for any future crisis that may arise.

10 Common Reasons Why People Use Payday Loans | Ask the experts