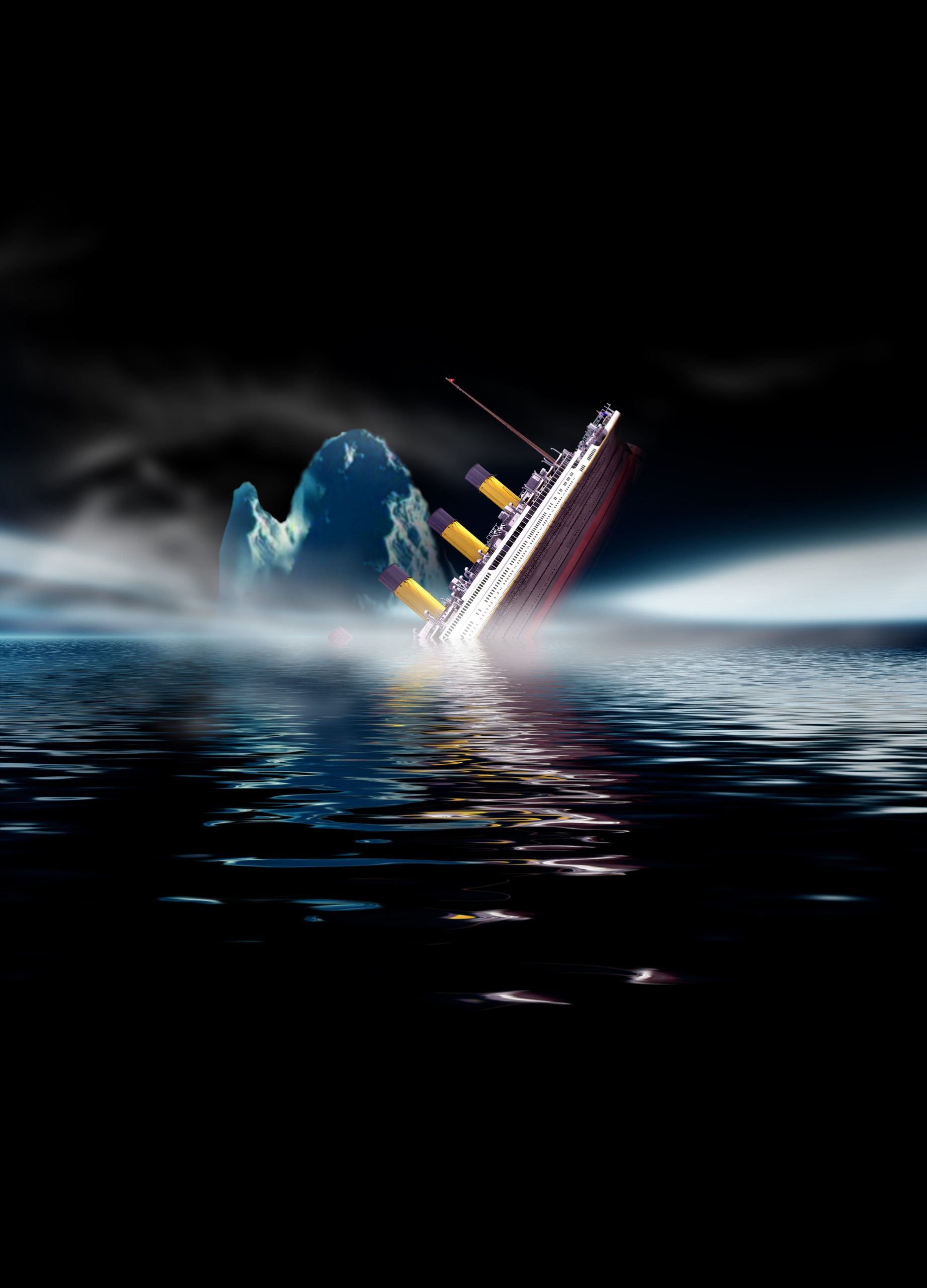 “The administration has recently gone through a very difficult time with high-level initiatives rejected by the courts and Congress. Let’s hope they aren’t shocked enough to jump aboard a theory that’s sunk more times than the Titanic.

Some say the definition of insanity is doing the same thing over and over again while expecting a different result. This appears to be the case with the recent filing of a petition by Knowledge Ecology International (KEI) to the National Institutes of Health (NIH) asking it to run under the Bayh-Dole Act to force the licensing of other parts of the prostate. cancer medicine Xtandi, because of its cost. The law allows academic institutions, businesses, and federal laboratories to own and license inventions made with government support.

Similar petitions were denied by the NIH and the Department of Defense (which funded the research on the underlying invention) in the Obama/Biden administration for one simple reason: the law is for the commercialization of funded inventions. by the federal government; it does not allow the government to set the prices of successful products.

KEI announced their action at a press event on December 15, 2021. This may seem like an exercise in futility, as the law has not changed and their theory has been uniformly dismissed, most often in the Obama/Biden administration. . But those peddling that theory see a political opening to bail out their leaky ship — a new NIH director will soon be appointed, so the confirmation hearing will be used to bully the Biden administration into jumping aboard. which is supposed to be an easy way to control drug prices. The administration has recently gone through a very difficult time, with high-level initiatives rejected by the courts and Congress. Hopefully they aren’t so shocked that they jump aboard a theory that’s sunk more times than the Titanic.

The Bayh-Dole Act provides that federal agencies can “step in,” requiring owners of federally funded inventions to license others in four specific circumstances:

Twenty years after its enactment, opponents of the law have claimed they have found hidden meaning in the law allowing the government to intervene if someone does not like the price of a resulting product. They cited the requirement that federal agencies must authorize other parties when intervening “on reasonable terms.” This claim fell apart because the language clearly refers to the license terms, not how the product is sold.

They fell back on a definition used in the first mars-in trigger, where the term “practical application” is defined as meaning that the invention is made available to the public “under reasonable conditions”. Thus, they argue, the government can intervene if a price is not “reasonable”. Although it has no justification in law or its legislative history, KEI has filed numerous petitions on this basis. But a careful reading of the law shows that their theory does not hold water.

Unlike other triggers, the first applies only to the patentee, not to the licensee. Under Bayh-Dole, patent holders are normally academic institutions. They do not manufacture products or set prices for their licensees, so the language cannot apply to how the product is sold. Rather, the wording means that the terms of the license must be reasonable.

Such a provision may seem odd today, but in 1980 when the law was enacted, very few universities had technology transfer offices. In passing Bayh-Dole, Congress wanted to ensure that inexperienced universities did not impede commercialization through unreasonable licensing terms. He also wanted to ensure that academic institutions followed licensees’ marketing efforts. Bayh-Dole built on the long history of rights progression under previous administrative patent policies dating back to the Truman administration. Similar terms had been used to ensure that good faith efforts were being made to develop a federally funded invention – not for the government to set the prices of successfully marketed products.

This is why every Democratic and Republican administration has rejected every price control petition it has received. It is enlightening to see how the Obama/Biden administration has handled previous attempts to step on Xtandi. Here is part of what NIH Director Francis Collins wrote on June 20, 2016:

As noted in prior NIH determinations (1997 Cell Pro; 2004 and 2013 Norvir®; 2004 Xalatan®, see www.ott.nih.gov/policies-reports), practical application is evidenced by “manufacturing, practice, and operation” of the invention and “the availability and use by the public…” of the invention Xtandi® is widely available as a prescription drug. Your letter states that sales of enzalutamide [Xtandi] increased by 77% from FY2013 to FY2014 and is expected to increase by 51% from FY2014 to FY2015…however, it does not provide any information and no information has been identified from sources to suggest that enzalumatid is currently or will be in limited supply.

In view of the above information presented in your letter and follow-up correspondence and public information identified by the NIH, we decline to proceed with government authorities at this time or to use the government patent license.

The Ministry of Defense was more succinct. Here is their bottom line:

Your letter and supporting documents show that Xtandi® has achieved practical application such that DHHS and DOD understand this term. Your request does not disclose any information to suggest that supplies of Xtandi® are running out or that health or safety needs are not being met by the manufacturer. In view of the above information, we decline to exercise government entry powers or use the government license for patents on enzalutamide.

KEI appealed the NIH decision to the Secretary of the Department of Health and Human Services, Sylvia Burwell, and received the following denial from NIH Director Collins:

In June 20, 2016, in response to KEI’s first request for NIH and the military to use their government entry clearances or user licenses, KEI explained that Xtandi® is widely available on the market, its sales have increased since becoming available by more than ten percent (10%) each year, and there have been no public reports that Xtandi® is in short supply or not prescribed or used because of its price.

A public statement from Astellas [manufacturer of Xtandi] on March 29, 2016, reported that during 2015, Astellas provided Xtandi® free of charge under Astellas’ Access Program to eligible patients who did not have insurance or were underinsured and had an annual adjusted family income of $100,000 or less. Astellas also reported that in 2015, more than 2,000 men battling advanced prostate cancer received Xtandi® for free.

Based on information we reviewed last year, and again in response to this current request, the NIH refuses to initiate an on-site investigation or use the government license in patents. The NIH is sensitive to the impact of pricing on patient access to Xtandi and continues to believe that the broader issue of drug pricing would be more appropriately addressed through legislative avenues to develop remedies that have implications for the cost of health care in general. [emphasis added].

Drug pricing is a health issue in the United States

The last point is the key: the Bayh-Dole law is not intended to meet the costs of our health system. Attempts to do so are misguided and can only undermine the development of much-needed discoveries, without doing anything to address the underlying issues.

But there is a new element to the recent petition march – KEI cites the Bayh-Dole coalition (which I lead) as the main obstacle standing in their way.

It made my day.

Note: IPWatchdog is also a member of the Bayh-Dole Coalition.

Joe Allen is a featured contributor to IPWatchdog.com and a 30-year veteran of national efforts to foster commercialization partnerships between the public and private sectors, and author of numerous technology management articles for national publications.

Joe served on the professional staff of the U.S. Senate Judiciary Committee with former Senator Birch Bayh (D-IN) and was instrumental in working behind the scenes to ensure passage of the historic Bayh-Dole Act. He is our resident Bayh-Dole expert and will write frequently about Bayh-Dole and the issues surrounding the commercialization of university research.