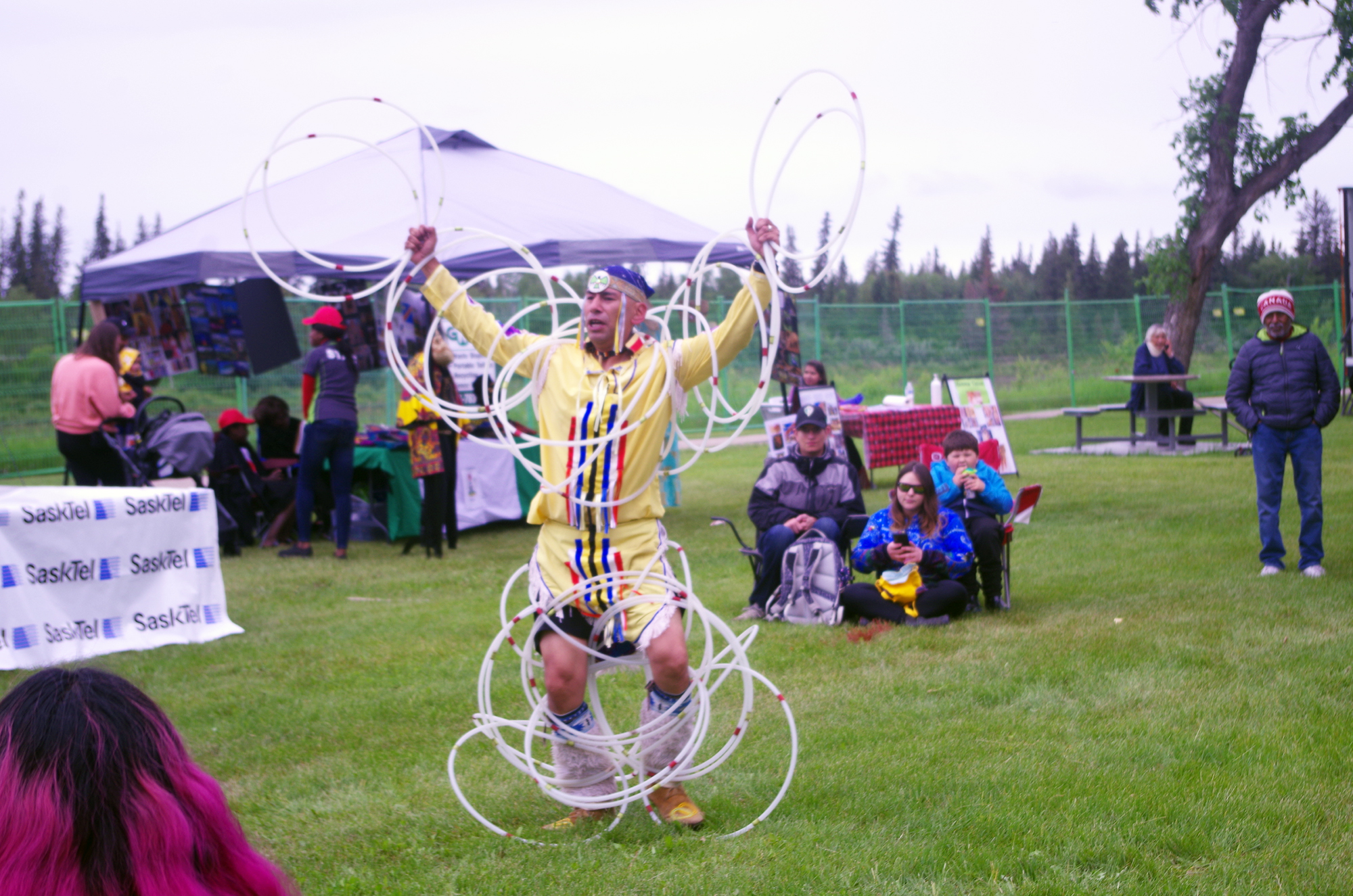 Knowledge Keepers at the Forefront of the Riverside Canada Day Celebration

Knowledge keepers can take all sorts of forms, and when presented in a home environment on our nation’s birthday, the chances of students taking the lessons with them are more likely.

Take Joel Miedema, instructor at the Saskatoon Juggling Club. He was on hand to teach students of all ages “all kinds of circus skills…learn unicycles, spinners, and Chinese yo-yos, and learn to juggle all kinds of tools!”

Tricia Badger was a mother on hand to proudly watch her daughter Kelly learn to juggle. Badger said, “It’s actually pretty awesome. My kids were able to participate in stuff and do things instead of just watching and watching.

“We arrived at two o’clock, so they love it. It’s nice to see them participate concretely.

“I think it’s good and entertaining for them,” Dreer said.

When asked if she could see her kids going into robotic engineering as adults, Dreer quickly replied “Maybe, POSSIBLE!”

Another entertaining but also educational sight by the river was hoop dancer Lawrence Roy, who also takes his duty as a keeper of knowledge and protector of the Earth very seriously. Roy finished his dance, with a number of his hoops held in a spherical shape.

“This balloon that I have represents our Earth,” Roy told the audience.

“Everything on Earth is connected, from one thing to another and so on and so on… If we take one thing out of our Earth, our Earth collapses, so we have to take care of everything on our Earth , and of everyone, so that we are all equal, and that we are not better or more than anyone else because we all have one thing in common.