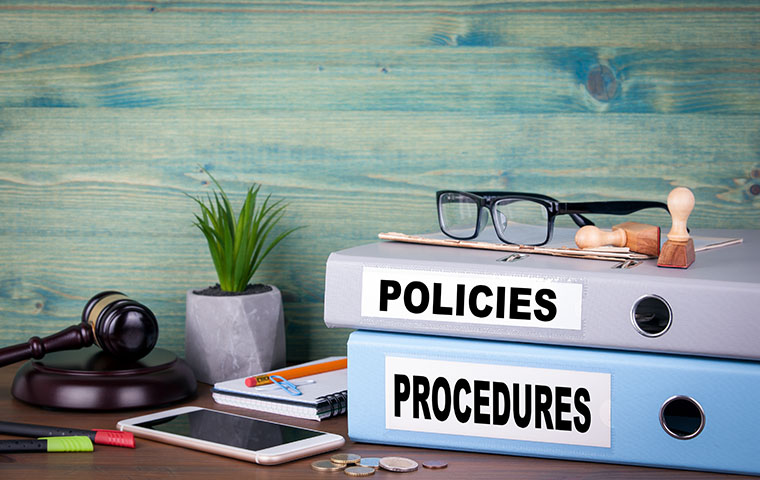 Ethiopia’s Ministry of Science and Higher Education has embarked on the development of several new policies, directives and guidelines as part of a series of reforms it has undertaken in recent years.

The main objective of the policies is to provide the general directives and operational guidance that the sector needs to fulfill its responsibilities.

Despite this healthy development, the process appears to be hampered by the two major challenges of hasty policy formulation and poor implementation.

This latter challenge, in particular, seems to be accompanied by the limited level of knowledge exhibited by the academic community on such developments.

We conducted a small-scale study zooming in on 46 interns from 34 Ethiopian public universities who completed leadership training. Most trainees (49%) have one to five years of experience in higher education institutions, followed by those six to ten years (15%) and those with more than 10 (36%) years. ‘experience.

In terms of university degrees, all trainees hold a postgraduate degree (88.2% master’s and 11.8% doctorate). Most of them have worked as university leaders, including as heads of departments, university deans, associate deans, coordinators and directors.

Our main objective was to identify the knowledge of the trainees on the different national, sectoral and institutional policies and the two relevant organizations under the Ministry of Science and Higher Education.

The institutions were the Strategic Center for Higher Education (HESC), which has the role of designing sectoral reform policies, strategies and plans, and the Agency for the Relevance and Quality of Higher Education (HERQA), which serves as the national quality watchdog.

The main results of our study indicated a huge gap in terms of instructor knowledge of the different policies and the two organizations identified.

To begin with, very few teachers or academic staff are aware of the Growth and Transformation Plan from which all sector policies are supposed to be drawn.

A similar gap was noted in terms of the education and training policy of 1994, which is the key document to set the direction of all changes and reforms undertaken in the education sector over the past two decades. A total of 34 academic staff (76%) said they were unfamiliar with this policy.

The same is true of the education sector development plans which were used as the main five-year sector plan documents until they were recently replaced by a 10-year higher education development plan. published by the ministry.

Thirty-two instructors (70%) said they were unfamiliar with the documents, while 11 (24%) said they had heard of them.

Another policy document reviewed was the Higher Education Proclamation from which institutions derive their legitimate authority and operational direction.

Instructors’ knowledge of the recently developed country’s Education and Training Roadmap (2018) appears to be dismal.

This policy document aimed to overhaul existing systems and practices and to chart future directions for all strata of the education sector.

In particular, the knowledge of instructors of new policies developed since 2020 is almost non-existent.

In total, 40 teachers (87%) expressed in each case their total lack of knowledge about the existence of internationalization, ICT and national science policies.

Only a limited number of them said they had heard of these policies. The only exception is the differentiation policy, with two instructors (4%) claiming to know it fully and seven (16%) claiming to have read a limited portion.

Seventeen instructors (38%) said they were not familiar with the document at all.

This despite the fact that all Ethiopian universities have been classified into the three broad categories of research, applied universities and full universities, which most instructors should be aware of.

The only area where instructors performed better was in knowing their own university laws.

This does not seem surprising, given that it is a document which dictates the inner workings of individual institutions and includes sections such as duties and responsibilities and academic promotion which must have some appeal to instructors. individual.

With regard to the system level organizations identified previously (HESC and HERQA), a significant knowledge gap was also observed.

Thirty-five teachers (76%) said they were not aware of the existence of the HESC while 10 (22%) said they had heard of it.

This is surprising, given that this center is supposed to design sectoral policies and strategies for universities.

The gap is a clear indication of the centre’s limited interaction with universities and its weakness in promoting its activities.

Comparatively speaking, a better knowledge of teachers on HERQA should be linked to the agency’s close working relationship with institutions while fulfilling its quality audit responsibilities.

Beyond clarifying the tasks expected of the university community, policy knowledge is an essential tool that helps universities meet national and sectoral expectations.

While the ministry’s renewed drive towards developing new policies, guidelines and guidelines is commendable, its efforts may be hampered by the lack of knowledge that the academic community appears to display.

We understand that more data on policy knowledge among academic and administrative staff at universities will be needed to generalize our findings. However, we believe that the same gap may be common across the industry.

Despite the practice of holding annual sessions regarding socio-political issues and government concerns, Ethiopian universities appear to fail to familiarize their communities with the most critical policy documents intended to help them carry out their duties well. responsibilities.

This suggests the need for policy makers and institutional leaders to seek mechanisms to ensure consistent and effective communication on the availability and accessibility of relevant policy documents.

A well-planned, ongoing and organized policy familiarization process not only brings important documents to the attention of the academic community, but can also foster discussion and debate that can further enrich the development and implementation processes. policy implementation in our universities.

Wondwosen Tamrat is Associate Professor and Founding President of St Mary’s University, Addis Ababa, Ethiopia, Collaborating Researcher in the Private Higher Education Research Program at the State University of New York in Albany, USA, and coordinator of the private higher education education sub-cluster of the Continental Education Strategy for Africa. He can be reached at [email protected] or [email protected]

Dr Abebaw Yirga Adamu is Associate Professor of Higher Education at Addis Ababa University in Ethiopia. He is a member of the Association of International Educators (NAFSA) Global Dialogue (2019-21) and a former Research Management Fellow of the Academic Administration Support Program (IREX) of the International Research and Exchanges Board. (IREX). He can be contacted on [email protected] This article is a commentary.