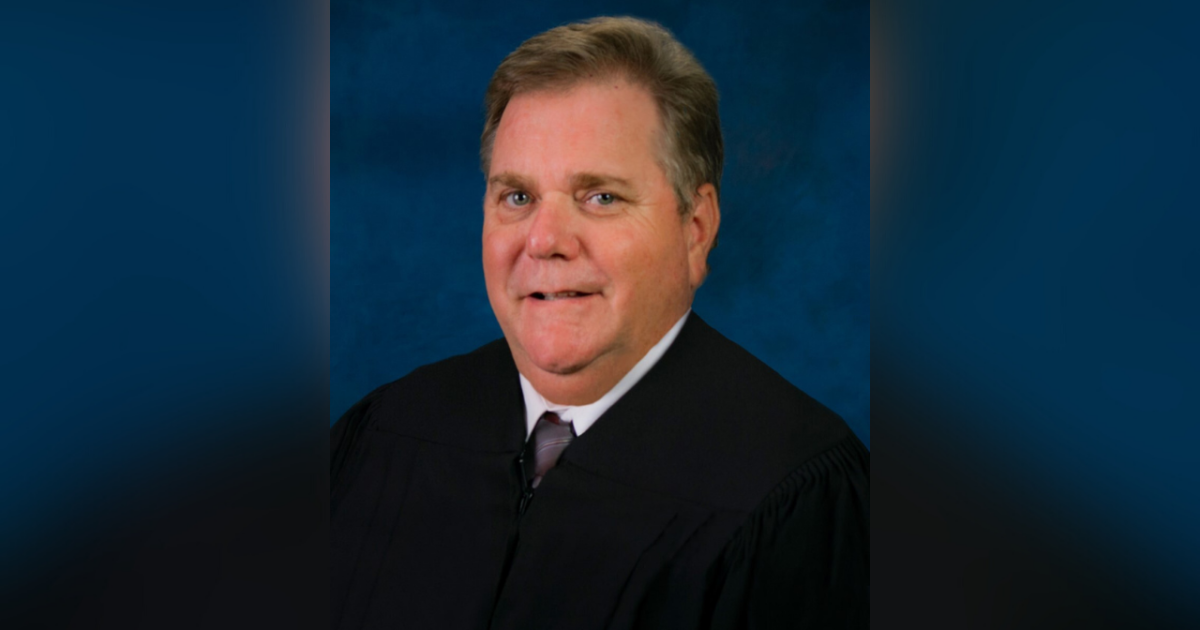 TAMPA, Fla. — A terminally ill Hillsborough County Circuit Court judge stayed on, earning a salary for years, even though he was no longer able to hold hearings or issue rulings . ABC Action News’ I-Team has found out how the situation has evolved and why some say the resulting backlog in its courtroom has led to a denial of justice.

“He was a lawyer’s kind of judge. He would let the lawyers decide their case,” Hillsborough County Chief Judge Ronnie Ficarrotta said, describing his friend and colleague Judge Carl Hinson.

Those close to Hinson said he had battled brain cancer valiantly for years. But some people who had cases assigned to his courtroom said they were never officially told he was ill.

“In my case, there was no order from Judge Hinson. I never had a single order issued by him,” Angela Debose said.

Debose, who holds a law degree from Stetson School of Law, sued to obtain employment records and emails from his former employer, the University of South Florida.

“My cases just languished. There were motions filed that had been pending for long periods of time,” Debose said.

She said she heard rumors that Judge Hinson was incapacitated and hired private investigator Kim Caliendo, who investigated and determined that Hinson was no longer hearing cases.

“I didn’t even know what he looked like. Is that crazy?” said Lesa Martino.

Martino said she was frustrated trying to fight a lawsuit after her father’s guardian sued her for defamation and won a $160,000 judgment.

She said she learned that Judge Hinson was terminally ill through social media.

“I actually found out about this from someone on Facebook who saw my case and they said did you know that Judge Hinson was on sick leave with cancer? I was like…I didn’t know that not even,” Martino said.

Price of protection: Woman loses Seffner home after her father’s guardian sues her for defamation

“The moment he was affected was when he got sick,” Ficarrotta said. “I believe it was in 2019. I don’t have the exact date, but I think it was probably around 2019.”

More than 1,600 cases have been assigned, but the judge has not ruled on any

In the 23 months that Hinson served in the circuit’s civilian division beginning in January 2020, the state paid him $313,000.

But the I-Team was unable to find a single hearing he attended or an order he actually signed. According to records the I-Team obtained from the Hillsborough County Court Clerk, approximately 1,620 civil cases were assigned to Judge Hinson’s division before his death.

These cases include contract disputes, construction defects, car accidents, medical malpractice, and other cases in which damage claims amount to more than $30,000.

Martino said he saw multiple judges in his case.

“We used other judges on the floor to cover it. Other judges would step in and hear his role, then when it became clear he was going to be out for an extended period, we brought in senior judges,” Ficarrotta said.

Senior judges are retired judges who are authorized to replace part-time judges when they are on temporary leave, attending conferences or trying to deal with the backlog of cases.

The I-Team asked Ficarrotta if he considered naming a permanent replacement in Hinson’s division when it became clear his illness was not improving.

“I don’t think we ever get to that. My goal with Carl was that I wanted him to get better and come back to work. That’s what I wanted. And I sincerely believed he would be able to do it, despite the serious diagnosis he was facing,” Ficarrotta said.

Orders made, cases assigned after death of judge

In one of the first cases assigned to Hinson after his transfer to the Civil Division, the filing showed 78 entries filed by attorneys over nearly two years, but no orders were issued until December 8, 2021 – five days after Hinson’s death.

Another order filed with the court 10 days after Hinson’s death appeared to bear his signature.

“There was just human error, an error made, and these auto-generated orders came out with Judge Hinson’s signature,” Ficarrotta said.

In the Hillsborough County Court Directory, Hinson’s page was still active in March 2022, more than three months after his death. He informed the parties “that there will be no in-person hearings until further notice.”

“I would have hoped it would have been updated by now,” Ficarrotta said.

“His name is right there on the court book. He continued to be awarded cases even after his death,” Debose said.

Records show that more than 30 cases were attributed to Hinson on or after December 3.

Debose said she tried to get action long before Hinson died.

“I contacted the Chief Justice and told him that if he did not have the capacity to adjudicate or decide these cases, you must involuntarily fire or retire him. I need a new judge in charge of my cases,” Debose said.

She said she had not received a response.

“What is most important is the administration of justice”

Ficarrotta said he does not believe any of the litigants with cases in his courtroom were harmed in any way.

“I really don’t think so. Litigants really cannot choose who their judge is,” Ficarrotta said.

Dr. Terri Day, who is a professor and associate dean at the Barry School of Law in Orlando, believes the situation should have been handled differently.

“As nice as he is when a judge is sick, what matters most is the administration of justice. And the workload and the parties,” Day said.

“The Judicial Code of Conduct requires that reviewing judges, if they know that a judge is not capable of performing their duties, must take reasonable steps to remove the judge, to assign different judges to cases,” she said.

Lesa Martino said she wished that had happened in her case.

“I should have been appointed permanent judge. Same judge at each hearing. It was very unfair. It was just chaos, really,” Martino said.

“We wanted him to come back to work. That was our goal,” Ficarrotta.

Records show Hinson kept his salary, benefits and a supplemental life insurance policy that paid him three times his salary of $162,000 upon his death.

“He’s not my employee. He is an elected constitutional officer. So yes, he remained on the payroll until his untimely death,” Ficarrotta said.

“I couldn’t complain about being empathetic and somehow helping the family or helping the judge. But you don’t do it at the expense of litigants,” Debose said.

“The judge must perform his duties. It doesn’t matter why he or she can’t,” Associate Dean Day said.

The county judicial appointing commission has begun the process of selecting a new judge to complete Justice Hinson’s term. The commission will submit recommendations to Governor Ron DeSantis, who will choose his replacement in the coming weeks.

If you would like the I-Team to investigate a story, email us at [email protected]