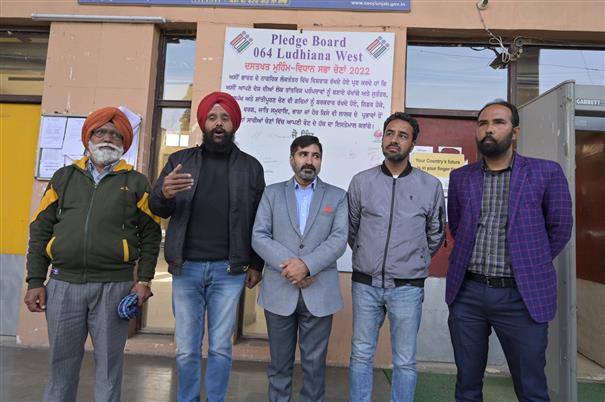 Deputy Commissioner Varinder Kumar Sharma’s statement on social media regarding the forced retirement of employees demanding to be exempted from voting rights has been strongly condemned by teachers’ unions.

In a statement released to the media, the deputy commissioner had said he would send a recommendation to the government to retire about 1,000 employees requesting exemption from voting rights for various reasons.

Speaking to the media at a press conference here today, Daljit Samrala, District General Secretary of the Teachers Democratic Front, said: “This behavior of Ludhiana DC resembles that of an arrogant political leader and CEO of a commercial company. Daljit said that these civil servants have forgotten the language of civil servants and in the public sector they treat civil servants as their personal servants. They do not realize that it is essential for a democratic system to take into account the fundamental and human rights of people and workers when taking jobs from them.

President of the Teachers’ Democratic Front Jagraon bloc, Davinder Singh Sidhu, said that based on his recent candidacy, the electoral commission had given instructions to the electoral director of Ludhiana DC district to assign the tasks to teachers and staff. in their paternal or neighboring constituencies. . All of these instructions were ignored by the DC, the teachers claimed.

Leaders said that if the DC does not withdraw its statement with an apology, the teachers’ union united front will hold a large demonstration next week in protest at the district administration office.

OPINION: Small, short-term loans could be processed by the post office