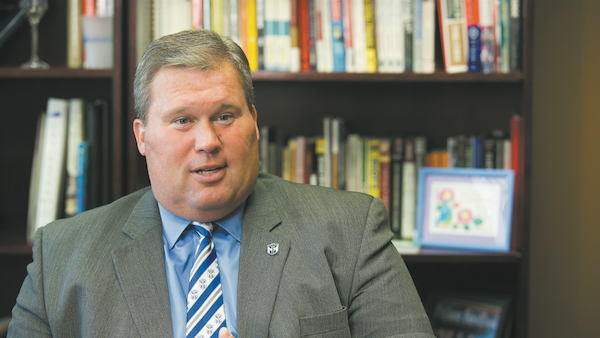 Our Rich History: David A. Armstrong Served as the 14th President of Thomas More and Exceeded His Goals

The presidency of Sister Margaret Stallmeyer CDP proved beneficial to Thomas More. The sister brought to the institution the financial stability and order that were essential to the future viability of the college. Stallmeyer informed the board of his departure in 2013. As a result, board chair Jeanne-Marie Tapke PhD began organizing a search committee to find the college’s next president. John F. Hodge III was appointed chairman of the search committee. The committee included board members, representatives of the Diocese of Covington, faculty, staff, and students.

In the first months of 2013, the presidential search committee began its work in earnest. The committee received over sixty applications for the position. After a thorough review of qualifications, the list was narrowed down to nineteen. These nineteen candidates were vetted and further narrowed down to eight, each of whom was interviewed in person. Finally, the committee invited four finalists to tour the campus and receive a full interview by the committee, faculty, students, and board. Among those finalists was David A. Armstrong JD. Armstrong’s visit to Thomas More was quite successful. His outgoing personality, list of accomplishments in past roles, and understanding of small Catholic liberal arts colleges impressed the board and committee. On May 20, 2013, it was announced that Armstrong had been selected as the 14th President of Thomas More College, effective July 1 of that year.

At the time of the announcement, Bishop Roger J. Foys, Chancellor of the College, said, “I am very pleased that David Armstrong has accepted our offer to serve as President of Thomas More College. I was very impressed with him during my interview and am confident that he will build on the strong foundations of those who came before him, especially that of our most recent President, Sister Margaret Stallmeyer. 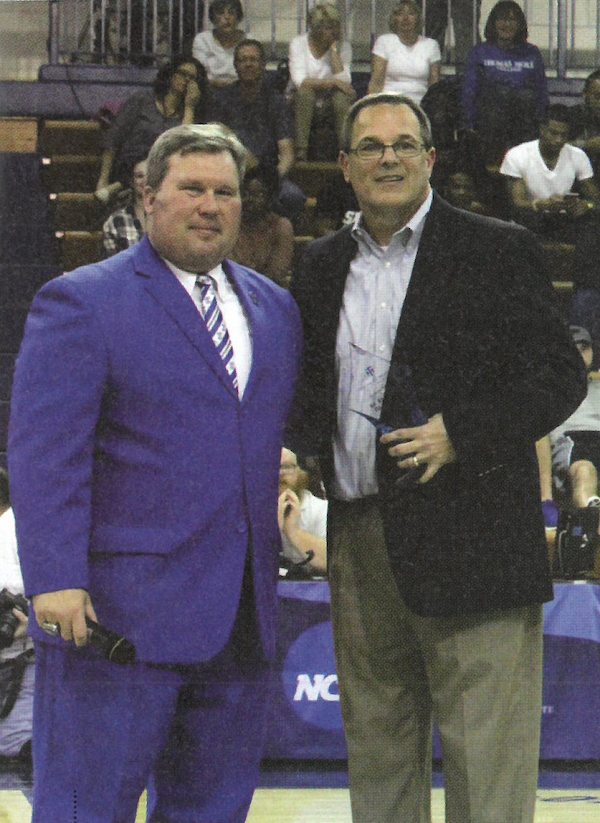 Search Committee Chairman John F. Hodge III said, “Dave has the experience and skills to serve successfully as President of Thomas More College. He will bring enthusiasm, passion and energy to the position. I look forward to him building on what Sister Margaret Stallmeyer has accomplished.

Dave Armstrong came to Thomas More with an impressive resume and track record of success. Armstrong earned his Bachelor of Arts from Mercyhurst University in Erie, Pennsylvania, in political science and accounting. He received his JD from Cleveland-Marshall College of Law.

Armstrong’s experience was equally impressive. He began his career as an assistant city attorney in Lakewood, Ohio. He then turned to the world of education. He returned to his alma mater, Mercyhurst University, as an assistant football coach, director of alumni relations, and planned giving officer, among other duties. In 1996, Armstrong was named athletic director at Thiel College in Greenville, Pennsylvania. Also at Thiel, he served as Head Football Coach, Acting Dean of Enrollment Management, Assistant Alumni and Director of the Annual Fund. In 2001, Armstrong was appointed athletic director at Holy Name High School in Parma, Ohio.

Armstrong proved an able and innovative leader at Notre Dame University in South Euclid, Ohio, a small liberal arts college founded by the Sisters of Notre Dame in 1922. He began his career at Notre Dame in 2003 and remained until his appointment to Thomas More. . During this time, Armstrong held an ever-increasing level of responsibility. He has served as the institution’s general counsel, adjunct faculty member, dean of undergraduate admissions, dean of enrollment, and vice president of development. 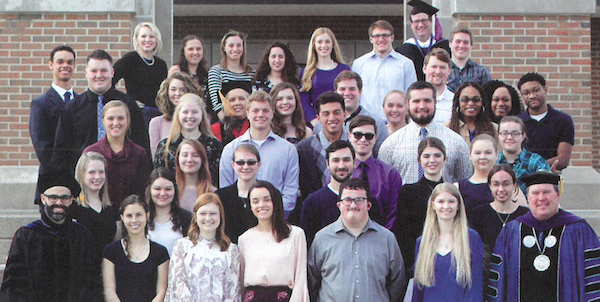 While at Notre Dame, Ohio, Armstrong distinguished himself in several areas. He was responsible for establishing the Finn Center for Adult Programs, creating a student success center and academic support center, developing an online dual-enrollment program, launching a $10 million campus expansion program and the significant increase in traditional and overall enrollment at the facility. All of these accomplishments aligned with the strategic plan that the Thomas More College Board of Trustees had inaugurated.

Upon his appointment as president of Thomas More, Armstrong expressed his excitement to begin: “My wife and I could not be more excited to come to this beautiful area and serve such a wonderful Catholic college that has instilled in students valued in liberal arts education since 1921. Thomas More College has provided a unique personal education that prepares students with the integrity and academic skills necessary to make a direct impact on local, national, and global challenges.

President Armstrong documented his top priorities for the college community in a memo dated July 30, 2013. He called for four broad areas of focus:

2. Increase enrollment thrive over the next decade;

3. Fill in the blanks in the organizational structure that cause concern and frustration on campus; and

4. Focus on the budget provide first-class services to the college community.

In time, President Armstrong would meet and exceed these goals.

David E. Schroeder is director of the Kenton County Public Library. He is the author of Life Along the Ohio: A Sesquicentennial History of Ludlow, Kentucky (2014), co-editor of Gateway City: Covington, Kentucky, 1815-2015 (2015), and co-author of Lost Northern Kentucky (2018).

We want to learn about the history of your business, church, school, or organization in our area (Cincinnati, Northern Kentucky, and along the Ohio River). If you would like to share your rich history with others, please contact Our Rich History editor Paul A. Tenkotte at [email protected] Paul A. Tenkotte, PhD is Professor of History and Gender Studies at Northern Kentucky University (NKU) and author of numerous books and articles.

Is debt threatening to ruin your retirement before it begins? 4 tricks that can help | personal finance