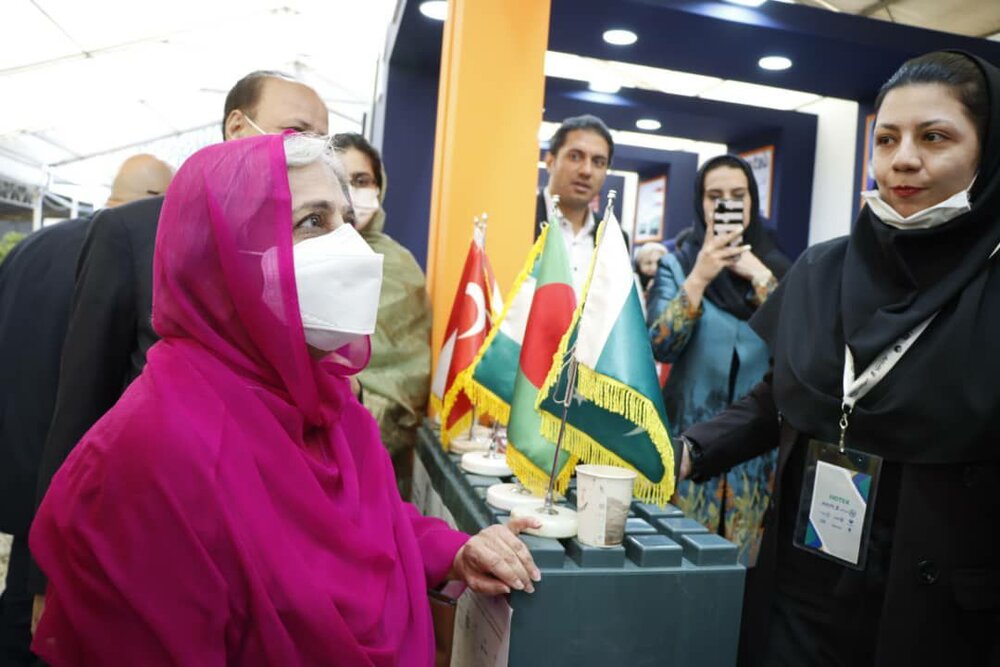 She made the remarks on the sidelines of the 11th International Innovation and Technology Exhibition (INOTEX 2022), which was held from May 10 to 13 at Pardis Technology Park in Tehran.

Referring to the achievements of Iranian knowledge-based enterprises, especially in the field of health and medicine, she announced that she was ready to transfer Iran’s achievements to Pakistan.

There are 13 science and technology parks and 95 technology growth centers in Iran working in the field of health. Iran has taken an important step in cooperation and coordination for technology transfer among the eight Islamic countries, she added.

INOTEX is Iran’s largest technology event and the forerunner in the region, bringing together technology and innovation experts from around the world to bridge the gap between innovators, investors and traders. Held this year on the theme of “Innovation ecosystem under one roof”.

Based on innovative health technology development indicators in 2021, Iran was ranked 60th out of 132 countries, showing a 60-step improvement from 2014, Deputy Health Minister announced responsible for research and technology.

A total of 1,670 knowledge-based companies operate in the healthcare sector, Younes Panahi said in April.

He added that there are 13 science and technology parks and 95 health technology growth centers, while 343 technology products have so far been licensed and 335 medical science inventions have been patented.

The export of technological products of Iranian knowledge-based enterprises is one of the important and key programs of the Vice Presidency for Science and Technology, and in this regard, five innovation and technology houses have launched in Kenya, China, Russia, Syria and Turkey. .

There are also plans to establish two innovation centers in Iraq and Armenia over the next few months.

Today, the country’s knowledge-based ecosystem accounts for more than 3% of GDP. And the figure is expected to reach 5%, however, the main target is to reach a 10% share of GDP, Sattari said in Fars on February 13.

The share of knowledge-based businesses in the country’s economy has exceeded 9 quadrillion rials (about $34 billion) and since 2019 it has grown by more than 450 percent, he said.

There are currently 6,263 knowledge-based enterprises operating in the country, offering advanced products and services in various technological fields to domestic and overseas markets, and some of them have entered international markets, said Siavash Maleki, deputy director of the Funds.

Aeronautical maintenance, steel, pharmaceuticals, medical equipment, oil and gas are among the sectors in which researchers from technology companies have engaged, which has led to a reduction in imports.