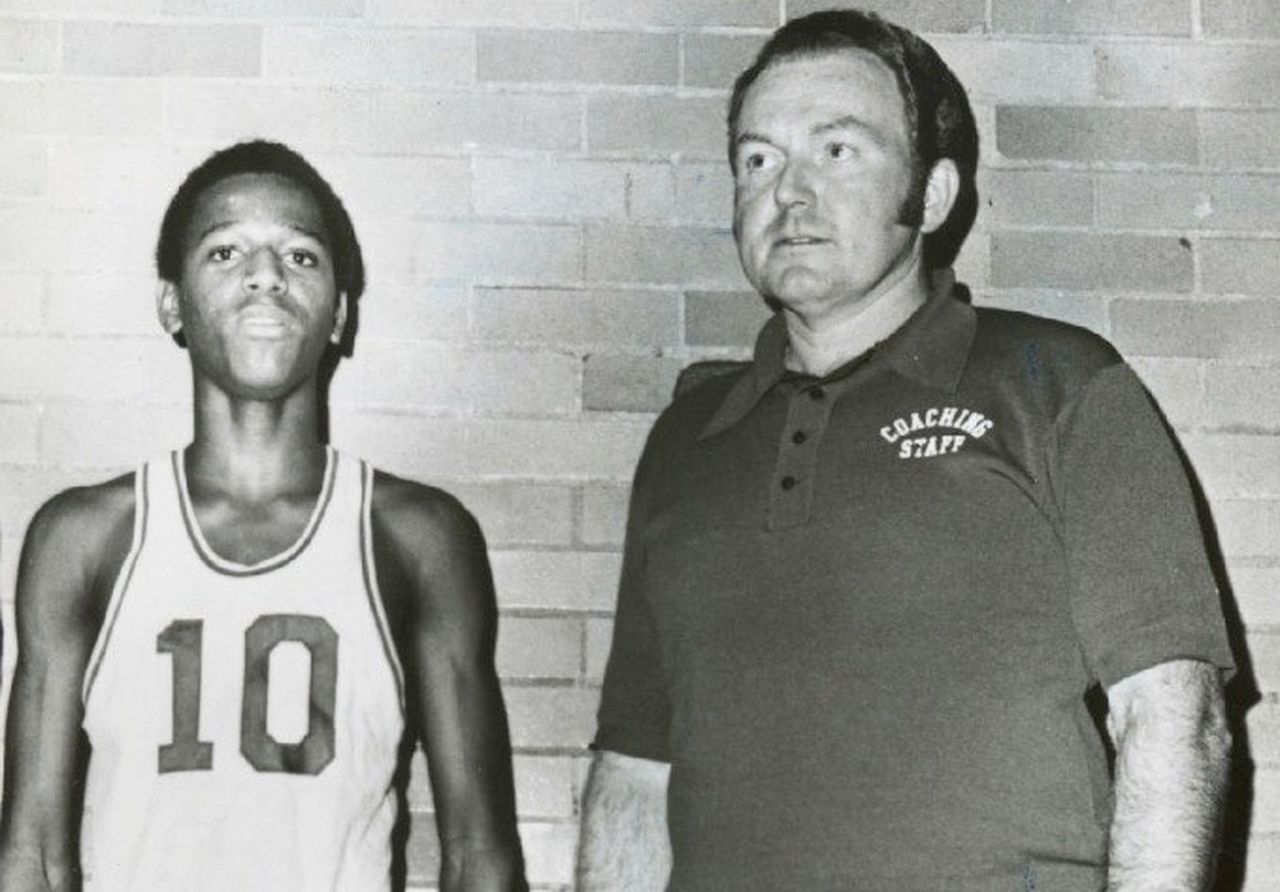 Calvin Cress sometimes thinks back to when he would visit his grandparents’ home in West Brighton and step into what seemed like a Hall of Fame.

“I always remember walking in and seeing about 60 trophies – they were all over the place,” laughed Cress, 41, a former Curtis HS basketball player who currently teaches at Dreyfus Intermediate School in Stapleton. “They belonged to Uncle Darrell and Uncle Wade.

“It’s always something that stuck with me,” he added. “The Watercress Express.”

Darrell and Wade Cress — the Cress Express — were starters on the 1976-77 McKee High School varsity basketball team that won its first 23 games before losing a close quarters, so-called today the PSAL AA city championship game. Those familiar with the Cress brothers would not be surprised to learn that their home was decorated with so many trophies.

Darrell Cress, who earned the nickname “Bright Eyes” for his ability to consistently bury three-point shots before they even existed and then went on to pursue a decorated military career for more than two decades, is died on New Year’s Eve after an approximate five-month battle with leukemia, according to his brother Wade.

Darrell, a retired Army staff sergeant who was living in Killeen, Texas at the time of his death, was 63.

Darrell was the fifth of nine children born to the late Earl Cress Sr. and the former Gloria Wilford. Darrell is survived by his wife, the former Carol Mae Jackson, their six children; his 88-year-old mother, as well as his sisters Lois Armfield, Karen Bell, Ruth Cress and June Cress and his brothers Wade, Earl Jr. and Cliffy.

In addition to his father, Darrell was also predeceased by another sister, Gloria Josey.

Wade Cress, who is a year younger than his brother, said Darrell wears many hats in the game of life.

“I remember him as a leader, someone who was very considerate, a family man – a loving big brother,” said Wade, who was a swingman for the team’s former coach Mickey Burns. McKee from 1977. “He was a typical big brother, always caring for me. We had our battles because we were always competitive, but he had a big heart and he meant a lot to me.”

Calvin Cress, who is the son of Earl Cress Jr., said his uncle opened many doors for him.

“I don’t know where I would be without Uncle Darrell,” Calvin said. “Whether it was having the opportunity to work in the Department of Education or coaching basketball, he was there. People in the Staten Island community know the Cress family from him. .

You can’t talk about McKee’s run to the PSAL City Championship game in 1977 without referring to the Cress brothers, including the 5-foot-11 Darrell. Wade said that after teammate and two-time Jaques Award winner Kenny Page, Darrell was the Seagulls team’s best shooter.

“Darrell has been a huge part of our success during this time,” Wade said. “He hit a number of big baskets for us at McKee – I remember hitting a jumper late in the game to beat St. Peter’s. If he had an open eye, you still felt like he was coming in. ”

Wade, who currently lives in Virginia, still remembers the championship game against DeWitt Clinton, which the Seagulls lost 73-67. He said things started well in the title match and McKee had his brother to thank for that.

“He was on fire in the first quarter,” Wade said of his brother. “I failed to shoot and they teamed up with (Page), but Darrell couldn’t miss. We took the lead early and he was the reason.

“But he stopped shooting in the second quarter (and Clinton finally took control). Darrell probably should have kept shooting.

At the end of their high school years, the Cress brothers started a league for young players called FUTURE STARS. It was during this time that they helped develop the careers of several future high school players, including the late Ron Chase, Curtis’ 1981 Jaques Award winner, as well as McKee’s Lenny Palmer, Rudy McCoy and Dexter Nembhard, according to Wade.

“A lot of the best players on the Island have played in our league,” Wade said. “Darrell loved basketball and not just the game, but the life skills and character development the sport offered. (No matter where he was) he loved working with the student-athletes in the community.”

While stationed in Germany with the military, he coached youth basketball and football. He guided a team called the Heidelberg Generals and led them to consecutive championships in 1998-99 – the first time the organization won titles. Darrell also started an AAU program called the FUTURE STARS in Texas, as well as coaching the D1 Nation AAU organization, where he crossed paths with several players who compete in the NBA today.

Eventually, Darrell would begin refereeing both basketball and football in Texas.

Darrell enlisted in the Army on June 19, 1979 and eventually became a 31U Communications Field Specialist. His duties and responsibilities included installation, employment, maintenance, troubleshooting and user support with battlefield signal support systems.

He received his “jump wings” and was assigned to the 82nd Airborne Division.

While stationed at Fort Bragg in North Carolina, Darrell underwent Jump Master training and was part of a team of expert paratroopers in an airborne unit that trained soldiers and military techniques for jumping from airplanes.

It was at Fort Bragg that he met his future wife, Carol. After three years together, they married on February 2, 1985.

After 13 years at Fort Bragg, Darrell and his family moved to Kitzingen, Germany, then later to Heidelberg, Germany, where he remained for a total of seven years. Upon his return to the United States at the end of 2000, he was assigned to Fort Hood, Texas, where he obtained the title of 31U Communication Chief.

He officially retired from the army as a master sergeant in 2003.

Although retired, Darrell accepted an offer to work with the Army’s Electronic Communications Command.

“Darrell was proud to serve his country and enjoyed mentoring and training future soldiers,” saud Wade.