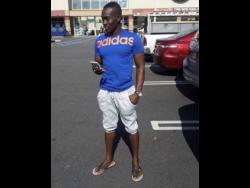 The death of a cop has reignited the debate over unfettered access to emergency vehicles, with the Police Federation and St Ann South East MP Lisa Hanna calling for a streamlining of arrangements between the police and the Jamaica Toll Authority.

Constable Donald Carr, 36, died of his injuries at St Ann’s Bay Hospital after the vehicle he was traveling in reportedly lost control and rolled over into a ditch near Golden Grove. A passenger was admitted in serious condition.

There was an outcry from police personnel that they were having access problems reaching the crash site, as toll operators insisted on the motorway charges being paid.

Corporal Rohan James, chairman of the Police Federation, instructed the government to review the policy, arguing it was ‘absurd’ for lawmen to be encumbered with ‘bureaucracy’.

Hanna joined the call for exemptions for full access to toll roads for police and other emergency responders.

“Our emergency vehicles must have freedom of movement and access to highways and road networks if they are to serve, assist and better protect our citizens. Failure to do so could delay police emergency access during critical incidents that could result in loss of life,” Hanna said in a statement released Sunday afternoon.

Jamaica Tolls Authority chairman Hugh Faulkner expressed condolences over Carr’s passing, but would not be drawn on details of the case.

Generally speaking, however, Faulkner said any policy changes allowing police to be exempt from toll charges should be dealt with by law.

Meanwhile, gloom hung over the Hunts Bay police station, where Carr was assigned, on Sunday as several colleagues were inconsolable.

Inspector Raquel Longmore was in shock on Sunday, recalling speaking to her the week before the crash.

“When you last see them, you don’t know. We are in mourning, he was a very good officer, very decent and hardworking,” she told The Gleaner.

The watch commander in Hunts Bay, Inspector Joseph Davis, shared that Carr was known for his punctuality and for carrying out his duties with pride. He also commemorated him as a man of integrity.

“He was an excellent team player. He would have displayed good service and he got along well with members of the community. He participated in downtown activities and he did his job as a professional,” Davis said.

Carr is said to have served as an inspiration not only to her colleagues, but to the wider community, given her active participation in youth events in surrounding communities.

“He was a positive influence. He deterred young men from getting involved in crime, he was a tour de force and he will be missed not only by the division itself but by the community at large,” Davis said.

As of April 29, 143 people have been killed in crashes this year.