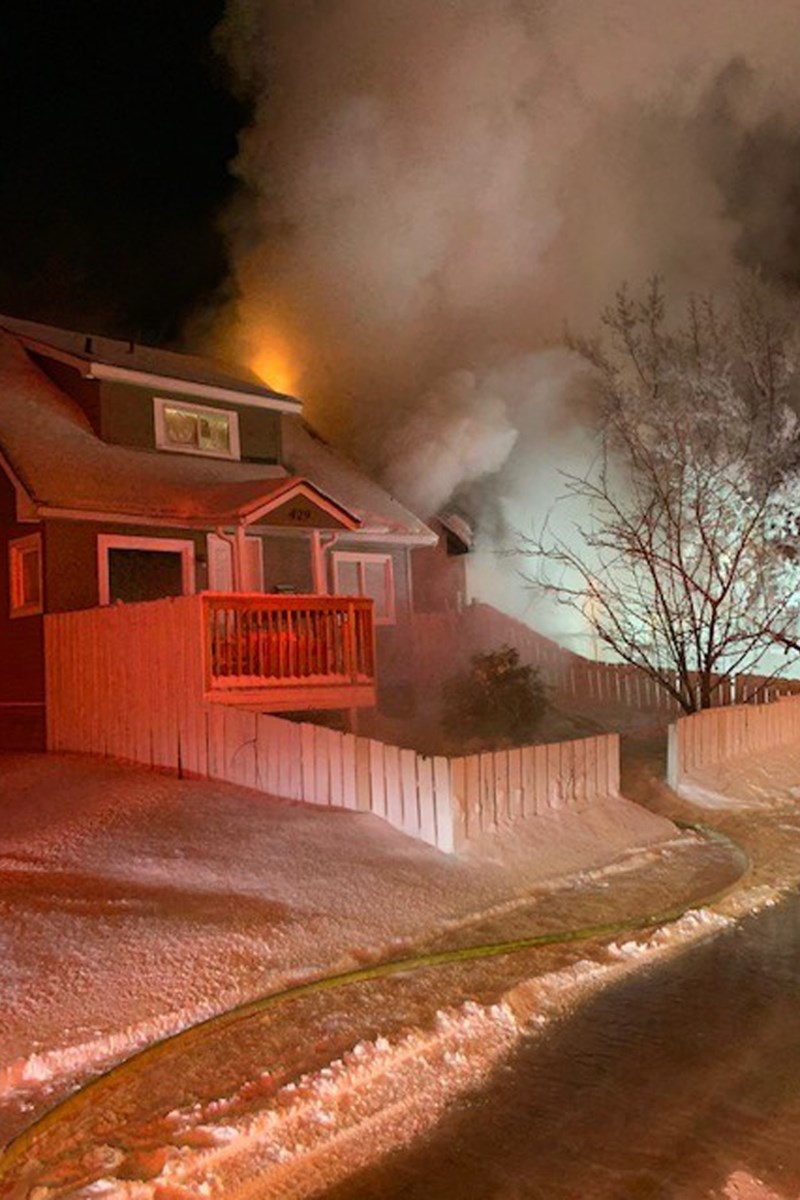 SASKATOON – A fire broke out at one of the residences in Block 400 Avenue R South, one of 36 incidents reported during a 14-hour night shift by fire department personnel from Saskatoon.

Saskatoon Police Service officers, who were on their routine patrol, reported the structure fire at 9:21 p.m. Friday and immediately notified the SFD Communications Center.

The crew of the first engine to arrive which was dispatched saw that the structure was completely involved in the fire. Additional firefighters who arrived at the scene were given tactical tasks.

Three fire trucks, a ladder truck and a rescue unit were first dispatched to the scene along with the battalion commander and a fire investigator. SaskEnergy and Saskatoon Light and Power have also been advised to disconnect their services for safety reasons.

A security guard was assigned to assess the incident in which firefighters attacked the blaze outside, as entry into the structure was limited and conditions were unsafe due to the amount of fire and smoke.

Other firefighters were tasked with monitoring and helping to protect neighboring homes as the fire was likely to spread to other structures.

Some off-duty fire crews were called in to help operate the fire trucks that were on standby, as the SFD ensured that all adequate resources were used and maintained. SFD maintenance vehicles were also on site to change equipment during this incident.

Throughout the fire, 10 additional fire crews worked on rotation to avoid long exposure to the extreme cold and provide relief.

SFD was grateful for the assistance provided by the SPS, Paramedics and teams from SaskEnergy, Saskatoon Light and Power and the City of Saskatoon.

City trucks also helped spread sand on the streets and sidewalks surrounding the fire scene due to the freezing conditions caused by the water used to extinguish the blaze. The SPS assisted with traffic control and the ambulance service was on standby.

The teams on site, around 3:19 a.m., had to use an excavator to dismantle part of the structure involved in the fire. It was learned that a wall was in danger of collapsing due to loss of structural strength as the fire had already consumed its coupled components by the weight of the ice water.

Part of the house having been demolished, firefighters managed to attack an area of â€‹â€‹the blaze that was initially not accessible from the outside. No injuries to the firefighters were reported and all teams left the scene before 8 a.m. on Saturday January 1.

The SPS is carrying out follow-up and further investigation after an individual living in said structure was reported missing in the fire. The fire investigator was unable to conduct a full examination of the location of the cause and source of the fire.

SFD posted a closure notice on the property and also fenced off the area around the structure. The estimated damage is initially set at $ 150,000 and the fire investigator will also issue a repair order as a guarantee that the complete demolition of the structure will take place.

Robert Half International: How Seasonal Employees Can Help Your Workplace