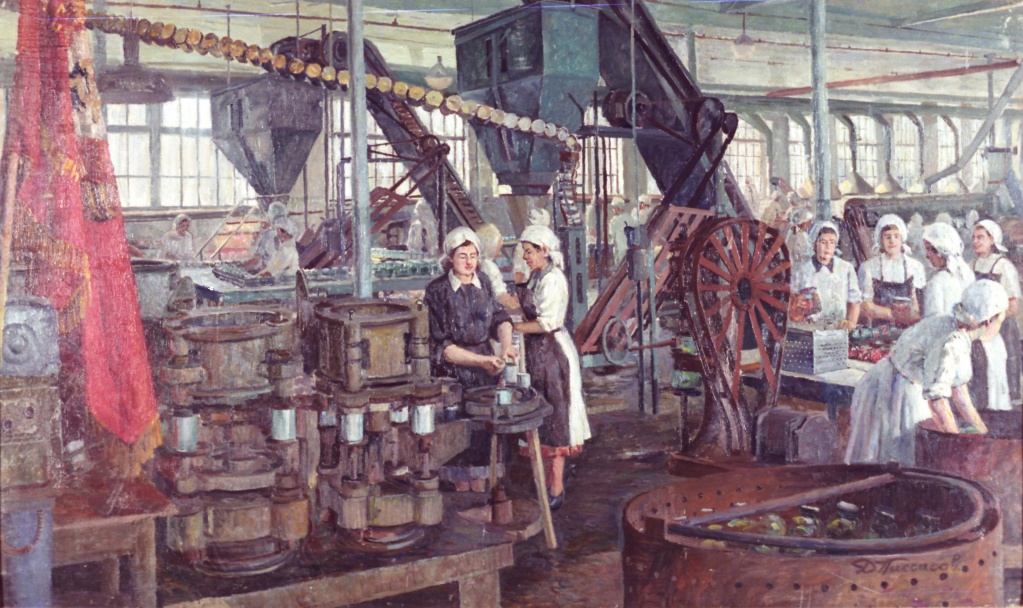 Initially, I found it abnormal to think this way; I was with the post-labor socialists. And thinking about it further, and in particular the question “Why the interest in work ethics?” I have come to the conclusion that there is something fundamental to the view of post-work that underlies the work ethic: the idea that because work is necessary, it must be not free.

Just because something is necessary doesn’t mean it isn’t free; what is needed is also undetermined. There is work to be done, but what work and under what conditions and by whom is not determined.

And I realized that just wasn’t true. Just because something is necessary doesn’t mean it isn’t free; what is needed is also undetermined. There is work to be done, but what work and under what conditions and by whom is not determined. That’s why we have a story; we have different modes of production, we have different labor relations, because that is not given to us.

It is capitalism that constantly reduces labor to something simply necessary, just a means to other ends. This is partly because all work under capitalism is organized around profit. The workers, the conditions under which they work, are determined by whether it is profitable to hire them and have them work that way.

But a socialist labor-sharing society would change the character of necessary labor, because necessary labor would be shared; everyone would do a little, so no one has to spend their whole life doing everything. And that would be a job that everyone has a reason to do, so because it means they’re not contributing their efforts to a society that uses them. They contribute through their efforts to a society whose goal is their freedom.

You start this by sharing the necessary work; which reduces the amount anyone has to make to a relatively small amount. This creates a real free time to use afterwards as you see fit, including to develop and contribute your talents if you wish. But that would then mean that work has been transformed from something merely necessary into something that is an expression of human solidarity.

We only have homework if we are free – if we can choose to do it for the sake of doing it as homework, not just because we are forced to.

So even that part of the day that is somehow necessary is something that could be an expression of some kind of duty that people have as free people. We only have homework if we are free – if we can choose to do it for the sake of doing it as homework, not just because we are forced to. This is in fact one of the oldest thoughts of communism; it goes back to Gracchus Babeufthe first modern communist, who said that we can transform work into a kind of civic act, by which we bring our capacities to the creation of a society which organizes itself for the freedom of each one.

I know that sounds very abstract, but it matters because it is the part of the work ethic, even today, that is both reasonable and nascent socialism. The post-work view of the work ethic is to say it’s just a capitalist ideology, or it’s just a way to get people to consent to their own exploitation.

That’s not how ideology tends to work, at least not in this case. What it does is take something that is completely reasonable that people think, which is that everyone should do their part. But the problem with capitalism is that there is no way for people to do their part in a way that does not contribute to the maintenance and reproduction of capitalist society. That’s the problem, that their subjective orientation conflicts with the objective institutional meaning of what they do.

It is natural for some people to react against this and say that the real way out of this ideology is to say, “I refuse, I don’t want to do work, I will refuse work, I will be against it.” But this attitude is just as ideological as the work ethic, because it turns the whole situation upside down. He says: “Work cannot have meaning; it can only be a form of necessity imposed on us from outside.

In fact, there would be good reason to think that we would not make each person’s share of what people produce depend on the amount of work they do, because we would want the work to be done for non-instrumental reasons. The idea would be for work to be the expression of our freedom and our solidarity. We wouldn’t tie what you earn to how much effort you put in – we’d just say you do your part, and in return you get a share of what you need to be a growing and growing person. can contribute their talents to society.