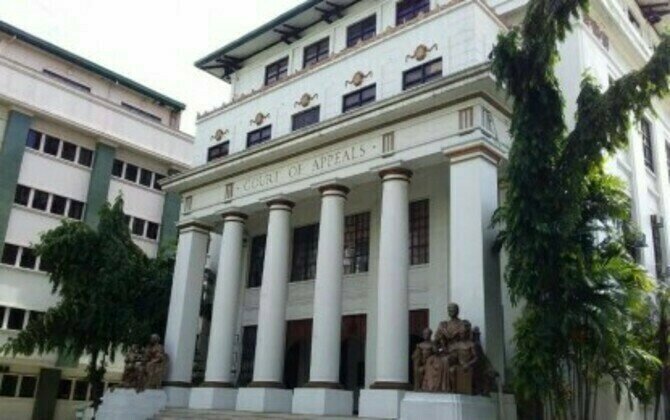 MANILA – The Court of Appeal (CA) upheld the dismissal of a municipal accountant for serious breach of his duties due to his inability to complete local government bank records for 14 years.

In a decision dated October 19, the 20th CA Division denied the petition filed by Guihulngan City Accountant Genevieve Lim Seno and upheld the August 17, 2017 decision of the Ombudsman’s office ordering its revocation of service.

A similar charge against then-mayor Carlo Jorge Joan Reyes was dismissed for lack of merit by the mediator.

From 1999 to 2013, Seno failed to prepare the required Monthly Bank Reconciliation Statements (BRS) and submit them to the relevant auditor for verification.

In its 2013 annual audit report on the city, the Audit Commission (COA) stated that due to the non-submission of the required BRS, an unreconciled balance of PHP 4.109 million exists between cash per bank and by the city books.

The COA noted that with the shortcomings, the cash balance in 2013 was unreliable and recommended to the mayor that relevant staff be assigned to focus on the preparation of the BRS and also recommended that the bank accounts non-existent are investigated.

In 2014, Seno still failed to complete and submit the BRS to COA, even after sending letters of formal notice.

In 2016, the Office of Field Investigations (FIO) of the Ombudsman’s Office filed a complaint against Mayor Reyes and Seno for gross negligence and / or gross misconduct.

On August 17, 2017, the Ombudsman found Seno guilty and imposed the penalty of dismissal, the loss of his pension benefits and a lifelong ban from holding public office.

Seno, meanwhile, said the mediator did not consider that she had actually done anything to resolve the issue and that “Guihulngan’s transactions, from that of a municipality to its conversion into a town, have were multiplied exponentially so that it was no longer humanly possible for the petitioner to solve the problem of preparing bank reconciliation statements on his own “.

Speaking against her, the AC said that Seno “had not exercised prudence, prudence and care in the performance of his duties since 1999” and that his “repeated or habitual negligence clearly shows contempt. flagrant and intentional of the duties of its function with a conscious indifference to the consequences “. (ANP)

Greedy in the best possible way: Baylor defenders show off their skills as a bullet hawker | Baylor