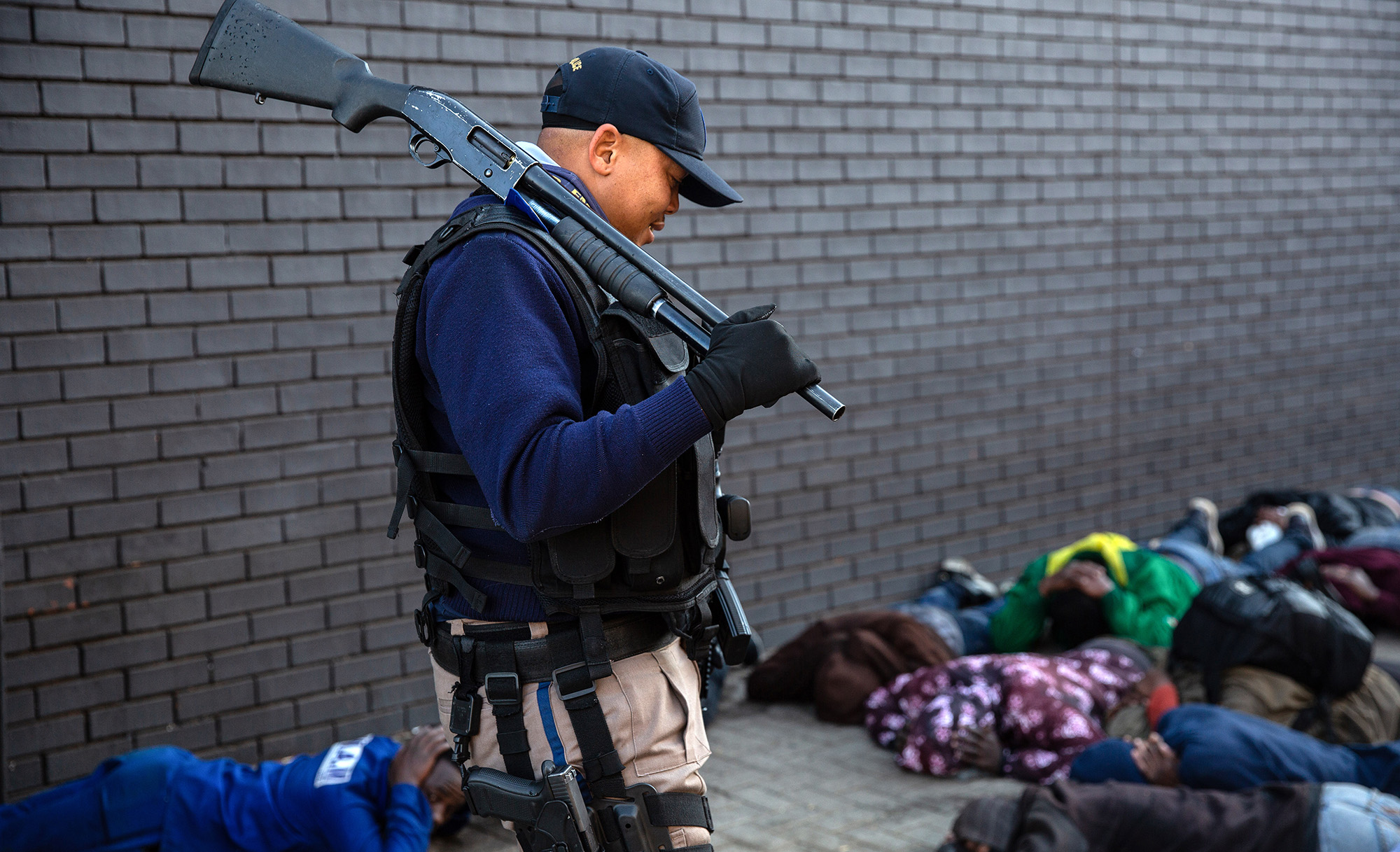 The models of the French gendarmerie could be the answer to …

Sustained military support for policing is an option, but the armed forces are completely unprepared for such a role.

First published by The ISS today.

Two weeks ago, South African Defense and Veterans Affairs Minister Thandi Modise Recount In Parliament, she wanted to consider the creation of an “intermediate” military force trained and equipped to deal with the unrest. She referred to France, an obvious nod to its gendarmerie system which has been copied by most of its former African colonies.

Modise’s proposal comes after 25,000 troops were deployed to KwaZulu-Natal and Gauteng provinces to build police capacity following public violence and looting that rocked the country in July.

A similar suggestion was discussed in the run-up to the 1994 elections in South Africa. The idea then was to convert the National Peacekeeping Force for this role. The African National Congress (ANC) wanted the force to have primary responsibility for public order before and during elections. It included members of the former South African Defense Force, the armed branches of the ANC and the Pan-African Congress, and elements of the former “homeland” armies.

When this proved unrealistic, security analysts considered converting the National Peacekeeping Force into a law enforcement unit. The project was eventually abandoned and the force was disbanded.

Public order is the responsibility of the South African Police Service (SAPS). The South African National Defense Force (SANDF) provides support when law enforcement units cannot respond adequately. In 2006, Police Commissioner Jackie Selebi closed 20 of the 43 units as part of a series of near-catastrophic changes that included the sidelining of various investigative units.

The maintenance of public order was partially revived after the Marikana massacre in 2012, when 44 people died at the hands of the SAPS. The ensuing Farlam Commission of Inquiry looked into the deep-rooted, systemic challenges of policing, and its recommendations. included reform the public order police. The commission called for the professionalization, depoliticization and demilitarization of SAPS, and better control of operational decisions, standing orders, police equipment, first aid and liability.

Few of these proposals have been implemented, but police were clearly aware of yet another disaster in Marikana when they arrested former President Jacob Zuma in July. And yet the country’s police were not prepared for the violence that followed.

These events reflect the Degree to which the South African intelligence service was exploited by internal strife between ANC factions, and again exposed the poor operational planning and response of the SAPS. When the SANDF was deployed late, it did little more than keep key points selected. In some cases, soldiers seemed unable to intervene, given their lack of training and non-lethal equipment necessary for public order functions.

The events in Marikana and recently in KwaZulu-Natal and Gauteng are exceptions. Yet the police will likely continue to rely on military support, perhaps more so as the number of violent protests mounted. Both, however, face challenges in this area. On the one hand, South Africa has a large central police service which is in decline on all key performance indicators. On the other hand, the army is ill-suited to the security challenges it and the region face.

The Defense Law provides that members, once authorized to be deployed in the country, have the same powers and duties as the police, with the exception of investigating crimes. The problem is that soldiers seem to simply supplement the capacity of the police – they have no public order mandate, and they are not performing their policing duties. One of the reasons for the latter is probably that they are not qualified or equipped for regular police or public order tasks.

Yet the military is often called upon to help with tasks ranging from enforcing Covid-19 regulations to repairing sewage systems that are polluting the Vaal River, to border security and controlling public unrest. Without proper training, doctrine, and equipment, soldiers are of little use in many of these circumstances, except as a show of force and to protect critical infrastructure.

The essential characteristic of the French system is that the maintenance of order in large urban areas is ensured by the National Police, while in rural areas it is the job of the National Gendarmerie.

Each force has its own public order intervention units. For the National Police, these are the Republican Security Companies (CRS), which also act as the general police reserve. Its functions include securing large public events, but are best known for crowd control. In rural areas, the National Gendarmerie calls on its mobile gendarmerie to handle riots, but it is also deployed in urban areas if the CRS need help.

There is as much to learn from France as to ignore. As in South Africa, the right to demonstrate publicly is entrenched and protests are only dispersed when certain “rules of the game” are broken.

Although the two French law enforcement units have roughly the same training and the same powers, they stand out from the rest of the police in their dress, equipment and action. For example, the regular police act individually while the public order police act collectively – normally as a company or a squadron. It helps deflect hostility from regular police.

This may be one reason to consider additional public order appeal capability in the SANDF, provided it is trained and equipped for this task. However, a lot will have to change. Most importantly, recognize that the primary function of the military should be emergency prevention and response, internally and regionally.

One option could be for military law enforcement units to be seconded to the police or placed under permanent police command and control, as Modise suggested – borrowing the French example. Whatever approach it considers, the SANDF is not prepared in all aspects for such a role – of its training, its equipment, its doctrine and even its ability to cooperate with the police.

For this to change, police support should be seen as a primary, not a secondary, function of the SANDF and should include area or rural policing and border security.

Modise inherited an army that was sunk into the ground. At the same time, the performance of the much larger police service deteriorated despite substantial budget increases. A gendarmerie option could help, but in a very different format than France – and with substantial implications for the SANDF.

What South Africa desperately needs is a thoughtful analysis of its security challenges and how, given current budgetary constraints, they can be addressed. This should be the mission of the National Security Council task. Failing that, the panel of experts appointed by the president to investigate the July violence should take a broad and strategic approach to the task at hand. DM

Retirees find new ways to capitalize on their knowledge and experience