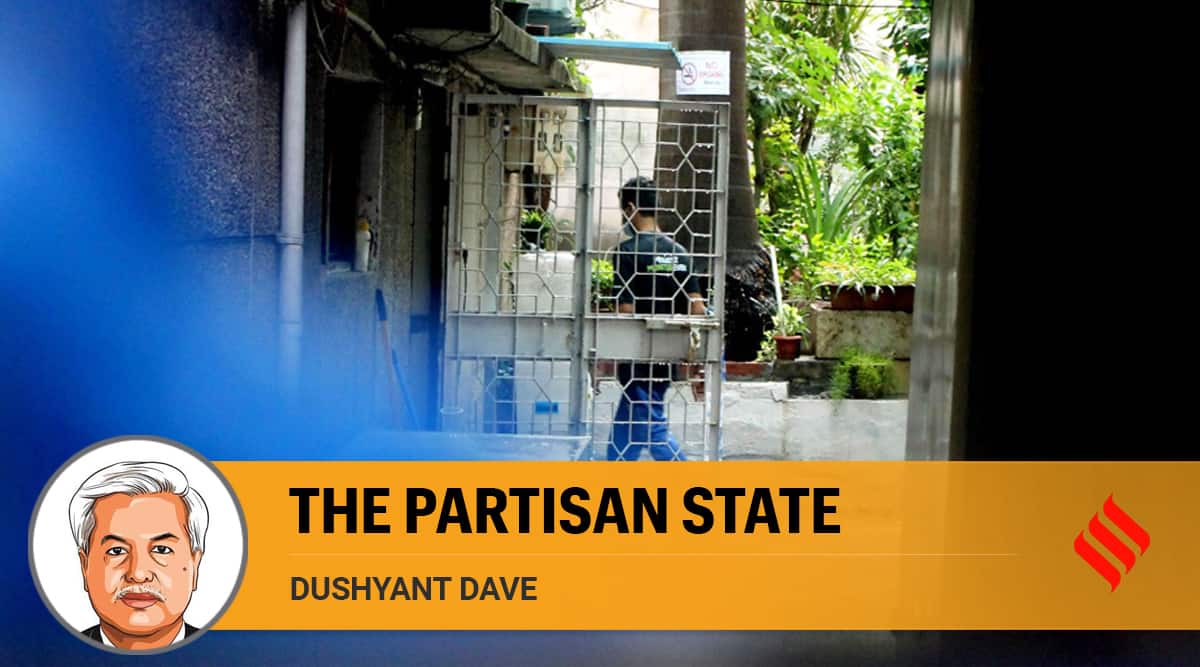 The State must remember the obligations to the Constitution

I am clearly of the opinion that the law must be applied, but it must be applied uniformly. I do not support violations of the law by any citizen, regardless of their social status. Citizens must obey the laws and when they break them, the state has the right to prosecute them. So far, so good. But a trend that has emerged over the past seven years shows that only part of the citizens are attacked by the state. They belong to the opposition, the minority community, activists, dissidents, etc. It is not suggested that they should be spared if they have broken the laws.

But the diagram reveals that the state is simply interested in targeting them without credible evidence and publicizing its actions widely, regardless of the ultimate results. Over the years, many of these people have been declared innocent by the competent courts. But at what cost ? These innocent citizens spent long periods in prison, suffered mentally, socially, economically and their dignity was taken away from them.

A section of the media that is quick to condemn these citizens as anti-national, corrupt and terrorists rarely covers the ultimate honorable discharge of these citizens. The state ends up achieving its goal of creating fear and punishing the innocent to prevent them from defying the state. The media coverage of the events in Nizamuddin Markaz is a classic example of the whole minority community being vilified by some of the media. Thousands of innocent citizens have ended up spending months in jail and the lawsuits against them drag on, while thousands of those responsible for the spread of Covid in the elections, or Kumbh Mela and other events have failed. not even been prosecuted. Thousands of innocent people have been arrested in anti-CAA-NRC protests, while those who openly encouraged violence, resulting in the deaths of innocent people, have not been prosecuted.

Recent decisions of courageous lower court judges and high courts have exposed these illegalities in the actions of the state. This does not bode well for a democracy like India.

â€œThe rule of lawâ€ is the basic rule of governance of any civilized state. The Constitution of India is based on the rule of law. “No matter how high you are, the law is always above you” is a principle the Supreme Court affirmed.

Every state has a constitutional obligation to protect the life and liberty of its citizens. There can be no deviation from this due to external factors such as caste, creed, religion, political beliefs, and ideology. The constitutional principle of equality concerns not only the law, but its application and application. A rule of law can only be said to have been achieved when laws are applied equally, without bias and without irrational considerations.

When â€œa part of societyâ€ is acted in this way by the state, it leaves citizens completely vulnerable. Justice escapes them. Even a day of wrongful detention or even an embarrassing search or search against them violates constitutional guarantees and takes away their life and liberty in one way or another.

To ensure the supremacy of the rule of law, the Constitution has assigned a special task to the judiciary. It is only through the courts that the rule of law unfolds its content and establishes its concept.

Yet the state is unstoppable. Because the courts, which are constitutionally enjoined to uphold the rule of law, do not act with as much authority as the Constitution requires. Or act too slowly or too late. As a result, a “fear psychosis” is allowed to prevail in the country to prevent citizens from speaking out and speaking out against laws or illegal, arbitrary and unjust actions or inactions of the government of the day. The few who have the courage to stand up and speak up, the state is going after them. The judiciary must intervene with strong and far-reaching judgments to stop this trend.

To fight terrorism that has no religion, it is not necessary to slander a community. Investigative agencies and the police quickly identify the religions of those targeted and regularly disclose information to selected media to enable them to amplify it. As a result, an atmosphere is created that offenders in this country belong only to a certain section of society.

Ambedkar had warned: â€œTo the diehards who have developed a kind of fanaticism against the protection of minorities, I would like to say two things. One is that minorities are an explosive force which, if it breaks out, can blow up the whole fabric of the stateâ€¦ The other is that minorities in India have agreed to put their existence in the hands of the majorityâ€¦ They loyally accepted majority rule, which is basically a communal majority and not a political majority.

Likewise, Sardar Patel noted: â€œIt is up to us who are in the majority to think about how minorities feel and how we would feel, in their place, if we were treated the way they are treated.

The Supreme Court must remind the state to act constitutionally, legally and fairly in all cases across the country, especially in sensitive cases involving those who oppose the ruling party by peaceful means.

Let us hope that the state fulfills its duties and obligations towards the Constitution and hope and pray that the Supreme Court harshly reminds them in the times to come.

This column first appeared in the print edition on September 18, 2021 under the title â€œL’Ã‰tat partisanâ€. The author is a senior lawyer at the Supreme Court.

THE FIRST MIXED-CAPACITY RUGBY TOURNAMENT IN CANADA TO BE HELD

Knowledge-Based Systems and How APIs Can Drive Their Adoption