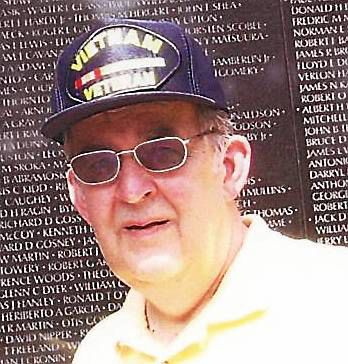 The Wall That Heals truly does heal – The News Herald

I was thrilled to hear that the Vietnam Veterans Memorial traveling wall is soon coming to Riverview (Aug 12-15). It is very aptly known as The Wall That Heals. This is my story of the healing effect it had on me.

I spent the better part of two years in Vietnam. I was assigned to the 71st Evacuation Hospital in Pleiku, located in the Central Highlands near the Cambodian Border. My duties included the admission and disposition of all patients. I witnessed death and destruction on a daily basis.

After returning from Vietnam, I turned to alcohol to suppress my memories. I did find some type of solace in alcohol, that being the ability to sleep nights. I rarely talked about my experiences in Vietnam since there were no pleasant memories. Thirty seven years after returning from Vietnam, I was diagnosed with Parkinson’s disease. This was attributed to a chemical called Agent Orange which was spread indiscriminately throughout the country.

The medication I was taking did not mix well with my alcohol consumption. There were times when I felt like I was on my deathbed. Some personal counseling by my late brother Wayne (Dr Wayne Dyer, nationally renowned author / speaker often seen on PBS) brought about a burning desire to visit the Vietnam Memorial in Washington, DC

While there, all the memories came back. The mass casualties, the faces of fear, the DOAs, the blood-soaked floor of the emergency room, the mutilated bodies and of course, the 22-year-old burn patient who died in my arms while crying for his mother with his final breath.

There are over 58,000 names on that wall and over 19,000 of them were drafted or taken from their homes, their jobs and whatever else was going on in their lives. They were given about 16 weeks of training and then sent to Vietnam and were killed.

Yes over one-third of all those killed in Vietnam were drafted. While on my knees at that wall, I felt like I had a moment with God. The revelation of that moment was to do all I could to keep the memories alive of all those who lost their lives to the horrors of that war.

A couple of years ago, I wrote my story in poetic form and I’d like to share it.

My Calling from God

I collapsed on a treadmill and lost control and I thought my life was through.

An incurable disease called Parkinson’s was the start of something new.

He who knows all knew that I would never give up my beer.

Since I was now seventy, he felt the time was now here.

God reached me through my late brother, Wayne, knowing what the outcome would be

Knowing I had a story to tell, Wayne uttered these words to me:

â€œÃavid don’t give up, you must continue

Do not die, with your music still in you. â€

Next came a trip to the Vietnam Wall,

That’s where I gave up alcohol.

It took quite a while to understand,

It was God who put that pen in my hand.

There are fifty plus thousands of names on that wall,

God’s calling to me was, remember them all.

I began writing stories even a book

My efforts continued, whatever it took.

I’ve been lifted from hell and I’m halfway to heaven.

I’ll continue to write and take my stand,

Til I can no longer hold a pen in my hand

IPL 2021: “We will have a very good qualifying chance” – Parag of Rajasthan Royals confident team will advance to playoffs

Study highlights regional disparities in confidence and knowledge in retirement