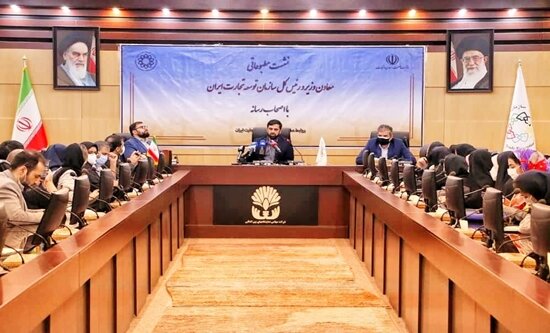 “We are trying to shift export incentives to knowledge-based businesses in the current year,” Peyman-Pak said at a press conference on Monday.

As TPO reported, emphasizing the use of innovative methods in foreign trade, the official said: “The development of online businesses, the development of creative industries, the use of systems and activities business-to-business (B2B) in cryptocurrencies and the transition from traditional commerce to modern commerce will continue in this regard.”

Exports of value-added products on the agenda

He further referred to his organization’s programs to promote exports of higher value-added products and prevent sales of rough, saying, “In this regard, we have tried to enter target markets and increase export profits by taking advantage of business-to-business (B2C) platforms and applications, and by connecting to distribution networks and retailers.

Underlining the importance of export-oriented production, Peyman-Pak said, “We have tried to have an export-oriented approach in areas where we have an advantage, and not in such a way that only the excess consumption is exported”.

The official also highlighted steps taken to remove barriers to foreign trade, noting, “TPO has taken further steps in various areas, including customs, support for overseas traders, active presence of the Ministry of Foreign Affairs , issuing visas, focusing on foreign trade issues in joint commission meetings, signing new agreements on trade laws and regulations, and efforts have been made to pay special attention to supporting foreign trade in the macro-political prospects of the country.

Elsewhere in his remarks, Peyman-Pak stressed the need for coordination among government entities related to foreign trade, saying, “Laws and regulations that protect domestic economic sectors should not conflict with foreign trade and necessary coordination must be made between the internal market regulation policies and foreign trade development policies”.

According to Peyman-Pak, TPO aims to export $20 billion in technical and engineering services, of which $6 billion is expected to be realized this year.