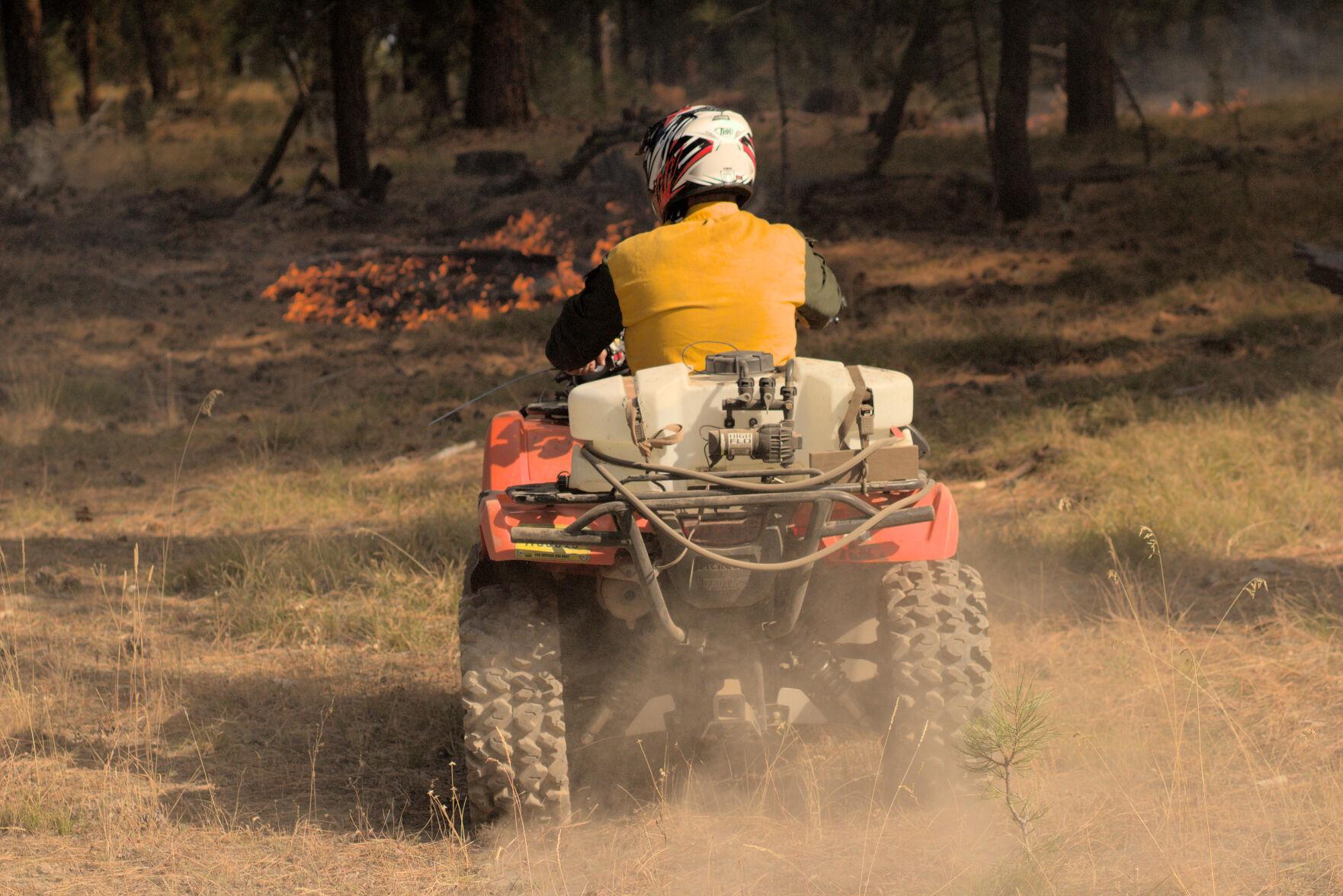 On November 2, 2022, the National Federation of Federal Employees (NFFE) released the following statement regarding the federal employee who has been arrested by the sheriff of Grant County in Oregon last month. At the time the firefighter was leading the operation as the Burn Boss on the Starr 6 prescribed a fire when it unexpectedly grew and spread over approximately 20 acres of private land.

Today, the National Federation of Federal Employees (NFFE) strongly condemns the wrongful arrest of Rick Snodgrass, a US Forest Service (USFS) forest firefighter who was working as an active burn boss when he was placed in Detained by the Sheriff on October 19, 2022. At the time of his arrest, Firefighter Snodgrass, an assistant fire management officer, was working as an incident commander overseeing fire operations and containment efforts during a prescribed burn in the Malheur National Forest in Grant County, Oregon. Grant County Sheriff Todd McKinley arrested firefighter Snodgrass during the burn operation after the blaze unexpectedly jumped onto a roadway when the wind picked up, causing the blaze to burn several acres of meadows on private property.

“We commend all of the wildland firefighters on the line that day who maintained their focus despite the sheriff’s interference. Undeterred, they worked together to contain the fire and complete the job. Our firefighters performing and directing prescribed burns, like Firefighter Snodgrass, are highly trained professionals. They know how to handle the most dangerous situations. Prescribed burns are essential in protecting communities across the country from wildfires. When it comes to unpredictable environmental conditions, it is always possible that a prescribed burn will spread to an untargeted area. Normally, when this happens, the government will take care of any damage to the parties involved, if any. It is not normal for a local sheriff to arrest an active fire commander during an incident. In doing so, the sheriff may have violated federal law that makes it a crime to interfere er with a federal employee in the line of duty, and the sheriff may have opened the county to massive liability for a civil rights violation for unlawfully detaining and dismissing firefighter Snodgrass. .

“Firefighter Snodgrass has the full and unconditional support of your union, as do all federal wildland firefighters across the country. The NFFE calls on state and federal authorities to investigate Sheriff McKinley’s reckless actions to prosecute any violations of civil and criminal law. This incident will not be swept under the rug. There must be consequences to this unprecedented abuse of power and incredibly dangerous disruption of the critical work of the Forest Service.

“We commend the USDA and USFS for expressing their full support for Firefighter Snodgrass in the performance of his official duties. The NFFE will continue to follow up on this investigation and provide support to Firefighter Snodgrass to ensure that the rogue sheriffs or anyone else who threatens or holds officials accountable.

After working full time in wildland fires for 33 years, he continues to learn and strives to be a student of fire.
View all posts by Bill Gabbert

The Role and Skills of a Valuable HR Assistant Training Course: Stay Up to Date with Regulations and Procedures to Avoid Violations and the Risk of Costly Litigation (February 20-21, 2023)