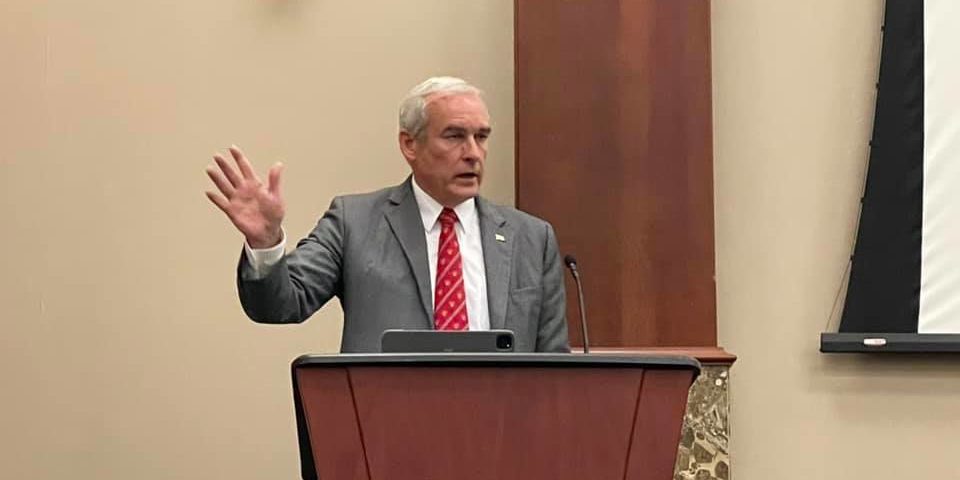 Wardynski, hope of AL-5: Putin’s lead over Ukraine would be “a miscalculation” – “He will have overestimated his abilities by far”

Alabama fifth congressional district hopeful Casey Wardynski, who once served as assistant secretary of the military under Donald Trump, said Russian President Vladimir Putin’s rant about Ukraine would be a “miscalculation.”

During an appearance on FM Talk 106.5 mobile radio’s “The Jeff Poor Show” hours before aggressive Russian military actions were reported, Wardynski was skeptical that Putin could succeed in taking the former Soviet province.

“If that happens, in my book, it’s a miscalculation,” he said. “Putin will have greatly overestimated his abilities. Ukraine has a population of about one third of Russia. This is a difficult swallow for Russians. They don’t have some kind of army. They don’t have that kind of strength. It will be a mess for them. The Ukrainians will fight. Once they enter Ukraine proper and exit these heavily Russian ethnic areas, our air defenses extend over that part of the country.

“Their ability to operate with air forces will be very limited if we choose to,” Wardynski continued. “So I think Putin is taking it little by little and seeing what he can snack on and not trying to take it in one sip. I would find it very surprising if he did. But if he does , he doesn’t respect us at all. And we better be careful in the Baltic countries.

@Jeff_Poor is a graduate of Auburn University and the University of South Alabama, editor of Breitbart TV, columnist for Mobile’s Lagniappe Weekly and host of Mobile’s “The Jeff Poor Show” from 9am-12pm on FM Talk 106.5.